As we reported yesterday, his name is Kumamon, and he's the the official mascot of Japan’s Kumamoto Prefecture, as well as the main characters in ongoing waking nightmare. Kumamon, who is absolutely, totally real and not just some man in a bear costume, donned a San Antonio Spurs jersey as Mayor Ivy Taylor granted him an honorary citizen citizenship certificate.

Here's a photo of the ceremony from Twitter, via TPR's Joey Palacios.

Kumamon is scheduled to attend the Aki Matsuri Japanese festival this weekend, if you're so inclined to meet him in person. Hosted by the Japan-American Society of San Antonio, the event is scheduled for Sunday, 11 a.m.-6 p.m. Sunday at Japanese Tea Garden (3853 N. St. Mary’s St.). Admission is $1, or free for ages 6 and younger. You can get more information at jas-sa.org. 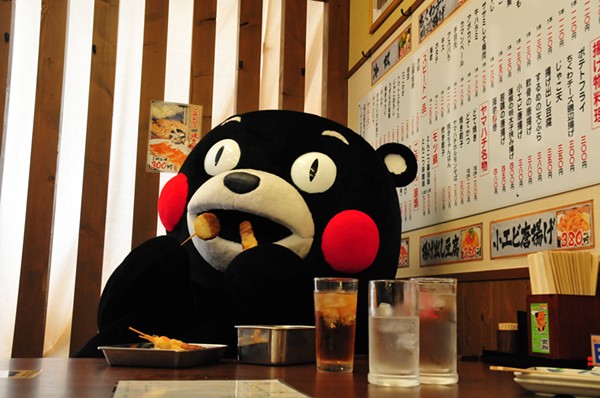