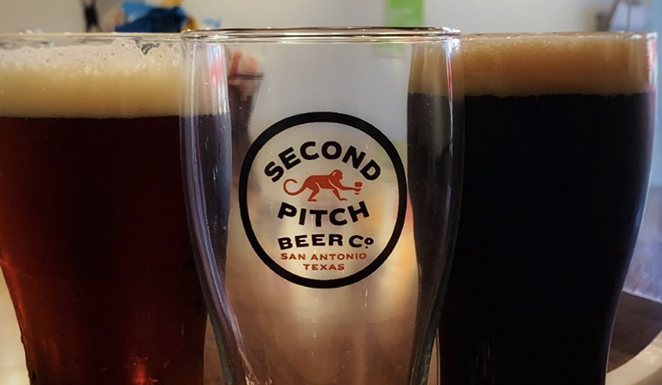 Pale Palooza is a collaborative effort between the brewery and San Antonio Cerveceros and Alzafar Brews Brothers, a pair of organizations for Alamo City beer enthusiasts. The contest will benefit the Alzafar Shrine Center.

Interested brewers will have to act fast, though. Entries in the form of two brown bottle bombers full of homemade beer are due to the Second Pitch taproom by Wednesday, May 12 for judging.

Contest participants must submit their own take on a pale ale, as defined by the Beer Judge Certification Program. In essence, each entry should be of average strength and light color, producing moderately malty to moderately bitter flavors.

Winners will be allowed to brew their recipe with Second Pitch owner Jim Hansen at the brewery's Northside facility so it can be sold in its taproom. The brewery will donate a dollar from each sale to the Alzafar Shrine Center for its support of hospitals that provide medical care at no cost to families.

Home brewers interested in entering their wares can pay a $10 entry fee via the contest’s EventBrite page. Brews will be judged by a panel organized by the San Antonio Cerveceros.