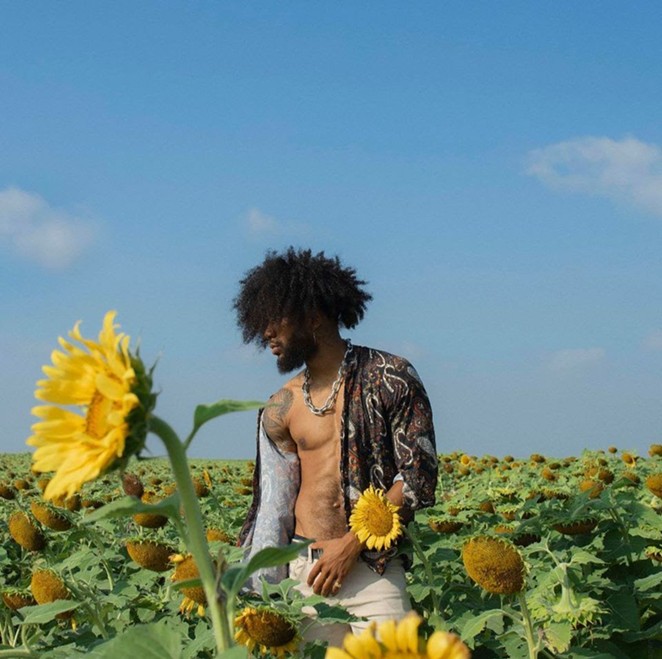 Courtesy of Swanny Ivy
San Antonio soul and hip-hop artist Swanny Ivy has listeners feeling a little trippy, a little high and a bit laissez-faire with the re-release of his newly revamped song “Neon Cocaine.”

Originally released back in 2018, the track got a production facelift from CLEF, who's best known for his work with rapper Sno the Product. The updated tune was given a highly pigmented, sunflower-filled video to match, which Ivy made in collaboration with local director, cinematographer and video editor DavieeDaviee.

With high, warpy vocals swimming over delicate guitars melodies provided by DRTY SNCHZ, “Neon Cocaine” is a genre-defying bop that Ivy himself declines to categorize. On top of that, the soothing piano programmed synths fill out the song’s conglomeration of Ivy’s various musical inspirations.

The track will appear on Side A of Ivy’s forthcoming double-sided album It’ll Be Over Soon. Side A is slated for release on August 28.