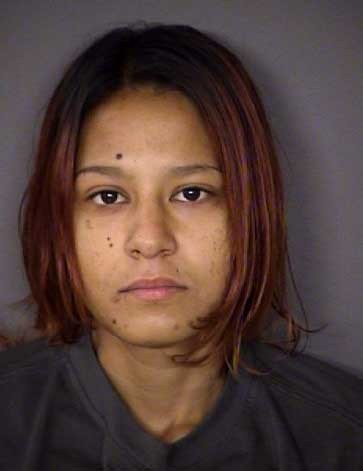 Almost a week after a police officer filed his report describing the arrest of a woman on San Antonio's West Side, a witness uploaded video of the event to the internet. Perhaps unsurprisingly, it tells a different story from the officer's official account.

On July 4, 2012, Destiny Annmarie Rios was arrested on the 2300 block of Culebra Road. According to the arresting officers, Rios resisted arrest, and it took three full-grown men to place her in handcuffs. Rios is now the plaintiff in a federal civil rights lawsuit against the City of San Antonio, SAPD officers Travis Reich, Juan Delgado and Valenzuela (no first name given), and SAPD Police Chief William McManus.

And while the video doesn't show the beginning of the arrest or Rios' alleged resistance, it does capture an officer repeatedly punching Rios, who is lying prone on the ground, crying in agony.

Two years ago on July 4, Officer Reich was traveling eastbound in the 2300 block of Culebra Road. A day earlier, a BOLO (be on the lookout) for prostitutes selling heroin in the area was sent out to patrol officers.

According to Reich's report, Rios was walking alone, so Reich decided to make contact. Reich, who notes in his report that Rios is a "low voice talker" and stands five-foot-one, describes her as cooperative—until he discovered a warrant for a prostitution charge. (That charge, along with charges resulting from this arrest, were later dropped.)

Rios claims she was walking to her grandmother's house. Investigators who work for Rios' lawyer, Gayle Calderola, said they confirmed that Rios' grandmother lives just around the block from where Reich stopped her.

But at this point in the arrest, the witness hasn't started recording.

According to Rios, Reich told her she was free to leave, and as she was leaving, Reich grabbed her from behind and threw her to the ground. This is where Rios' account, contained in the lawsuit, and the police report part ways.

"[Rios] began to back up, and I advised her she needed to turn around and place her hands behind her back. I reached for [Rios'] arm and as I grasped her arm she pulled it back, in return pulling me toward her," the police report states. "I then grabbed [Rios] with both hands and used open empty hands control to push her to the trunk of my patrol car. [Rios] turned around and pushed against me, causing me to grab her to face her toward my patrol car once again. [Rios] was actively resisting me, pushing against me causing me to step back."

Reich threw Rios to the ground as she allegedly "pulled against him and pushed off of him." His words. The witness begins to take video some time after Rios is on the ground, right before the other two officers show up.

According to Reich's narrative, Rios started screaming, which resulted in the arrival of Delgado and Valenzuela, who helped Reich handcuff the diminutive Rios.

"Officer Delgado struck [Rios] in the right shoulder blade four to five times to get her to give up her hands to be placed into handcuffs," Reich explained in the report, where he also claims that Rios wasn't punched once she was in handcuffs.