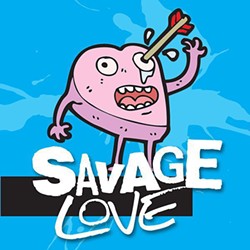 I've always been a big believer in the common-sense obviousness that monogamy is hard. Additionally, I like the idea of my wife getting fucked. I don't have any desire to be denigrated or emasculated; I just get off on the idea of her being satisfied and a little transgressive. Early in our relationship, we talked about monogomish guidelines: I'd like to be informed and consulted, and she would rather I kept mine to myself. Last weekend we were having sex, and she asked me if I "wanted to hear a story," code for treating me to a tale of a sexual contact. She'd been out of town for work most of the summer, and she told me that one of her roommates had gotten in the shower with her and fingered her until she came. I asked her if she'd fucked him, and she said yes. It was all hot and awesome. But a few hours later, I was experiencing pangs: Why hadn't she told me or asked me at the time? Also, I felt very alone and depressed that summer, and when I'd gone to visit her, my wife and this roommate acted very strangely. I told her that I thought it was hot and cool, but that I didn't think it was cool that she'd kept this from me for so long. Things got worse from there: Over the last week, we've had some great sex and open conversations but also a lot of anger and hurt. The truth is that she carried on with this guy all summer. It's not the sex that bothers me so much as the breadth of the deception, the disregard for my feelings, and the violation of our agreement. And, yes, I'm feeling a little emasculated. How does a loving husband who intellectually believes that fooling around is okay—and who finds it hot sexually—get over this kind of hurt and anger? Help me get right with GGGesus.

Two things have to happen in order for you to move on. One thing your wife has to do, CUCKS, and one thing you have to do.

Your wife has to express remorse for this affair—and it was an affair, not an adventure—and take responsibility for the anger, the hurt, and, um, all the great sex you two have been having since the big reveal.

You don't give her version of events—why she kept this from you—but you were depressed and lonely while she was away, and she may have concluded that informing and consulting you about this guy (first when she wanted to fuck him, and then when she was actually fucking him) would've made you feel worse. This conclusion is a massive self-serving rationalization, of course, because she knew you would veto the affair if she informed and consulted you. Figuring it would be easier to ask for forgiveness than permission, she went ahead and fucked the guy all summer long and then disclosed when your dick was hard.

Your wife needs to own up to the deception, the dishonesty, and the manipulation, and then take responsibility for the hurt she caused—that requires a sincere expression of remorse—and promise it won't happen again. She shouldn't promise not to fuck around on you again. You don't want that, right? What she's promising is not to deceive you again, not to go in for self-serving rationalizations again, and not to avoid informing and consulting you again.

And one more thing that won't do: She won't humiliate you again. You feel emasculated in the wake of this affair because her summer fuck buddy knew what was up when you two met and you didn't. He knew who you were (the husband), but you didn't know who he was (the fuck buddy).

Now here's the thing you have to do, CUCKS: You have to forgive your wife. Mistakes were made, feelings were hurt, massive loads were blown. The fact that there was an upside for you even in this messy affair (see: massive loads, blown) should make forgiving your wife a little easier.

I'm a 27-year-old straight woman. I've spent this last year back on the dating market, and it's HORRIBLE. I have a reasonably pretty face, I'm fit, and I take care of myself. I have my life together—friends, interests, job—and I'm emotionally stable. I go out, I enjoy meeting people, I'm on Tinder. And I keep hearing that with a huge influx of young dudes, Seattle is an easy place to date as a woman. So why am I finding it so hard? I can get casual sex, and that's fun. But as far as finding a relationship beyond just fuck buddies, it's depressingly predictable: Guy acts interested, texts me all the time, but eventually starts fading away. I've asked close friends to be honest with me; I even had a heart-to-heart with an ex-boyfriend. Everyone says I'm not doing anything wrong. Are they all lying to me? I'm currently seeing someone I really like. When we're together, it seems like he likes me a lot. But now he's starting to do the fade. I'm really sad and anxious. It's killing my soul to be rejected constantly.

You've been "back on the dating market" for one year, BAD. Twelve measly months! And in that time, you've dated/fucked a handful of men and nothing panned out. That sounds pretty normal. If you expected to be back in a committed relationship within weeks, BAD, then your unrealistic expectations are the source of your grief, not your thoroughly typical dating/mating/fading experiences.

There are worse things than being single for a year or two in your 20s. Get out there and meet men, pursue those non-men interests, and throw yourself into your work. Being single is not an aggressive cancer—there's no immediate need for a cure—and panicking about being single isn't the secret to romantic success. (And being single means being miserable only if you convince yourself that single = miserable.)

So here's what you can do: Chill the fuck out; listen to your friends, your ex, and your advice columnist; and stop melting down about what sounds like a thoroughly normal love life, BAD, not an unfolding catastrophe.

This is NGAA, the guy you advised to make a gay friend and listen to some musicals with him. I didn't find a gay friend, but I did buy recordings of the shows you suggested and I've been listening to the songs you recommended. I don't know them by heart yet, so I have more listening to do. But Mr. Stephen Sondheim's message seems to be that I need to quietly move on. Thanks for your answer, Dan. It really helped.

No Good At Acronyms

Thank you for writing back, NGAA, and for listening to the shows I recommended: Company, Follies, and A Little Night Music. My advice for you made a lot of my other readers angry—really angry. They accused me of blowing you off and not answering your question and failing at this whole advice column thing. But I didn't blow you off. I directed you, as I've directed many other readers, to the expert I thought could help you. In your case, NGAA, that person was Mr. Stephen Sondheim.

On the Lovecast, Dan chats with Jonathan Eig, author of The Birth of the Pill: savagelovecast.com.