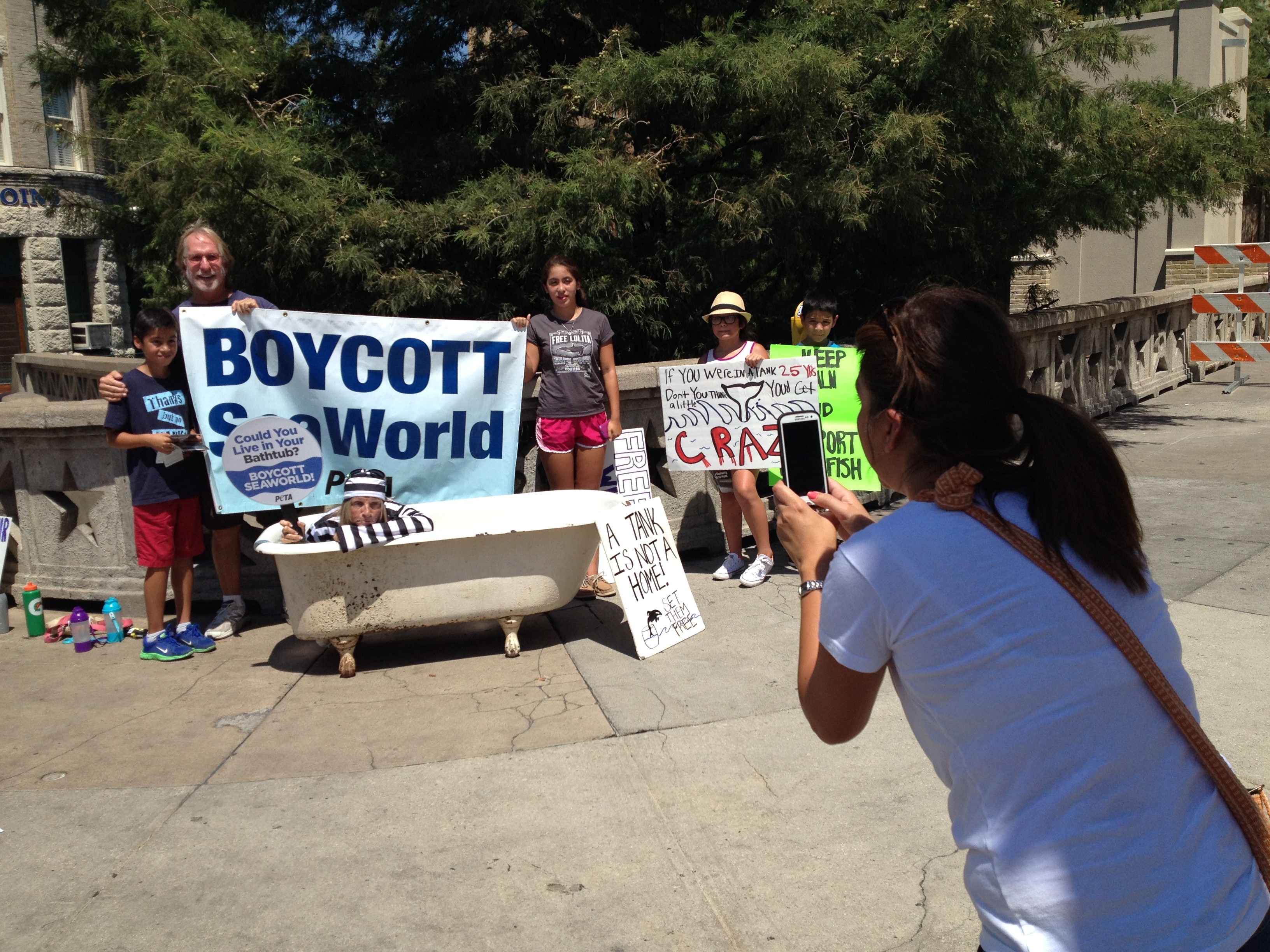 This photo provided by People for the Ethical Treatment of Animals shows people protesting against SeaWorld in Downtown San Antonio.

SeaWorld has a whale of a problem.

As the water wonderland’s stock dipped low Thursday, People for Ethical Treatment of Animals (PETA) protested in Downtown San Antonio against the park.

Residents and tourists who found themselves at the corner of East Commerce and Losoya streets during the lunch hour would’ve seen a PETA member dressed in prison garb confined to a bath tub.

A press release publicizing the stunt, which was dubbed “Could You Live in Your Bathtub?” was meant to show how captive orcas, which can swim up to 100 miles in a single day, suffer when confined to concrete tanks, according to PETA.

“SeaWorld tears orca families apart and deprives these intelligent, social animals of everything that’s natural and important to them,” PETA Foundation Deputy General Counsel Delcianna Winders said in a press release. “PETA urges everyone to speak out against this cruelty by refusing to buy tickets to SeaWorld’s shows.”

According to the release, the documentary Blackfish shows just how devastating it is for an orca to be confined to a tank. SeaWorld objects to those accusations and has told multiple media outlets that it does not mistreat orcas.

Still, the film has had an effect, and according to the Los Angeles Times, SeaWorld has conceded that negative publicity surrounding the film has affected attendance and ticket sales.

According to that story, SeaWorld’s stock dropped 33 percent to close at $18.90 after falling nearly $10.