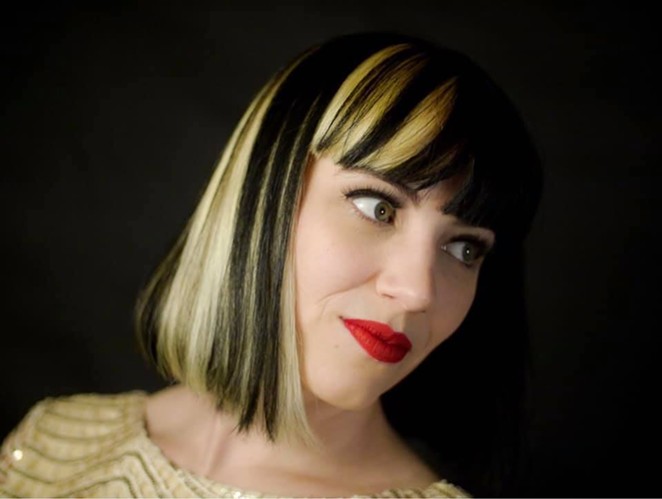 As the event approaches, we're hitting up members of participating bands to talk about the Alamo City's music scene, including its positives and negatives. Our third blog features Emily Whitehurst, vocalist and multi instrumentalist of indie electronic pop outfit Survival Guide.

How long has Survival Guide been a project?

Off the top of my head, I don’t know exactly, but I would say probably about six or seven years now.

What’s been your experience going from your old pop-punk band Tsunami Bomb to a solo project?

Having all the control is very nice, as far as being able to make decisions on what shows I play. I can play every show if I want to. Whereas, being in a band with other members, you all have to collaborate and your schedules have to match, which can be frustrating at times.

What’s it like coming in from the outside and getting involved in the scene here?

Although I have still not thrown myself into it completely, as I’m attempting to write an album and it’s going very slowly, what I have experienced in the music scene here has all been really positive, as far as musicians being super supportive of each other. I love that about San Antonio. Also, one of the best things, as opposed to the Bay Area, is just how relaxed and peaceful it is here.

Do you have any critiques for bands here or the scene in general?

The only thing — and I wouldn’t say it’s a negative — it’s just something that I question, is when I see artists playing all the time. Like, if I see an artist or a band and they’re like, “Here’s our upcoming schedule: we’re playing Wednesday at Hi-Tones and Saturday at the Amp Room and then next Saturday at Blue Star,” maybe that’s too much. There’s something to be said for exposure but also overexposure. But I don’t totally know. Maybe that’s how people are building an audience, so it’s not necessarily a criticism so much as it is an [observation].

3 articles
Get our top picks for the best events in San Antonio every Thursday morning. Sign up for our Events Newsletter.
Scroll to read more Music Stories & Interviews articles
Join the San Antonio Current Press Club