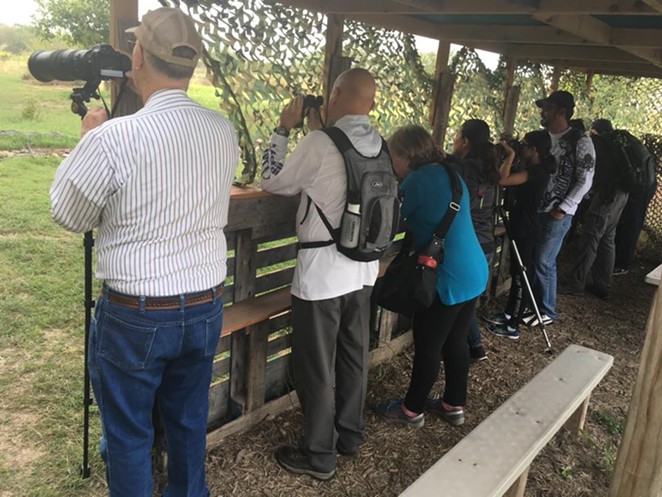 On Thursday, the House and Senate approved a 1,159-page spending package that the House and Senate are expected to vote on Thursday. It includes $1.375 billion for 55 miles of physical barriers in the Rio Grande Valley — far less than the $5.7 billion that President Donald Trump demanded when he refused to sign an earlier bill and triggered a 35-day partial government shutdown.

To avoid another shutdown, Trump must sign it by midnight Friday.

The five cultural sites lie in the path of $1.6 billion worth of planned border fencing that was funded in the 2018 federal budget. Construction started earlier this month at a federal wildlife refuge, sparking outrage among community members and activists.

The landmarks include major wildlife areas like the National Butterfly Center, a 100-acre nature preserve that attracts hundreds of butterfly species. The center filed a restraining order late Monday night to prevent the federal government from building a barrier on its property or crossing through it to build elsewhere — but a judge dismissed their case on Thursday.

Other places that would be off-limits for fencing are:

“For La Lomita, that would be the answer to our prayers,” said the Rev. Roy Snipes, the parish priest of the historic chapel. “But our poor neighbors wouldn’t be spared.”

Cuellar is the only border-area member of the congressional committee that has been working for weeks to draft a proposed border security compromise.

“This is a big win for the Rio Grande Valley,” Cuellar, a Laredo Democrat whose district includes San Antonio, said in a statement. “I worked hard to include this language because protecting these ecologically-sensitive areas and ensuring local communities have a say in determining the solutions that work for them is critical.”

The bill also requires the Department of Homeland Security to reach “mutual agreements” with Starr County, the second-poorest county in the state, about the design and alignment of any future barriers — another provision that Cuellar says he added.

Protections for 154-year-old Eli Jackson cemetery, an indigenous burial ground also in the path of planned fencing, were not included in the bill. Activists have been camped at the cemetery for about four weeks to protest potential construction. Additionally, the bill makes no mention of roughly 600 private landowners in the path of the barrier.

Marianna Treviño-Wright, the director of the National Butterfly Center, called the bill’s extra border fencing a “travesty” and warned that the battle isn’t over — the proposed budget only funds the government through September.

However, even if the bill passes in its current form, the legal battle may not be over. While the bill prevents fencing around the chapel, it may leave room for further government intrusion, said McCord, a lawyer with Georgetown University Institute for Constitutional Advocacy and Protection.

Plans by the Diocese of Brownsville, owner of the chapel, to pursue further litigation would depend on how the government interprets the language in the shutdown deal, she said.
Scroll to read more San Antonio News articles
Join the San Antonio Current Press Club