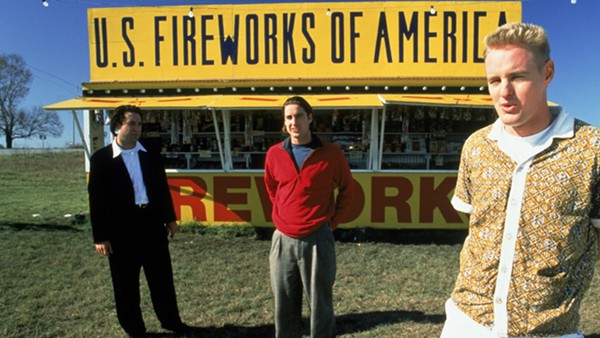 Columbia Pictures
Whether you are a diehard fan of Houston-born, University of Texas-educated auteur Wes Anderson or have been waiting for the right time to give his impressive and quirky body of work some attention, Slab Cinema has got the goods for you this summer.

For Wes Fest, a summer-long celebration of Anderson’s work, Slab Cinema and partners will offer up free screenings of all of the writer/director’s films at choice locations around town. Appropriately enough, though the films won’t be shown in chronological order of release, the very first screening in the series is of Anderson’s debut Bottle Rocket. The movie, which stars Owen Wilson, Luke Wilson and James Caan, is an off-kilter crime comedy that finds the main protagonist Dignan (played by Owen Wilson) leading his conspirators on a series of absurd adventures. The film is in turns understated and over the top, beautifully meticulous in its set design, dialogue, and score (as fans have come to expect from Anderson). Often slept on, Bottle Rocket is nevertheless the film that started it all for the now-beloved director and contains all the zany/obsessive hallmarks that viewers have come to cherish.