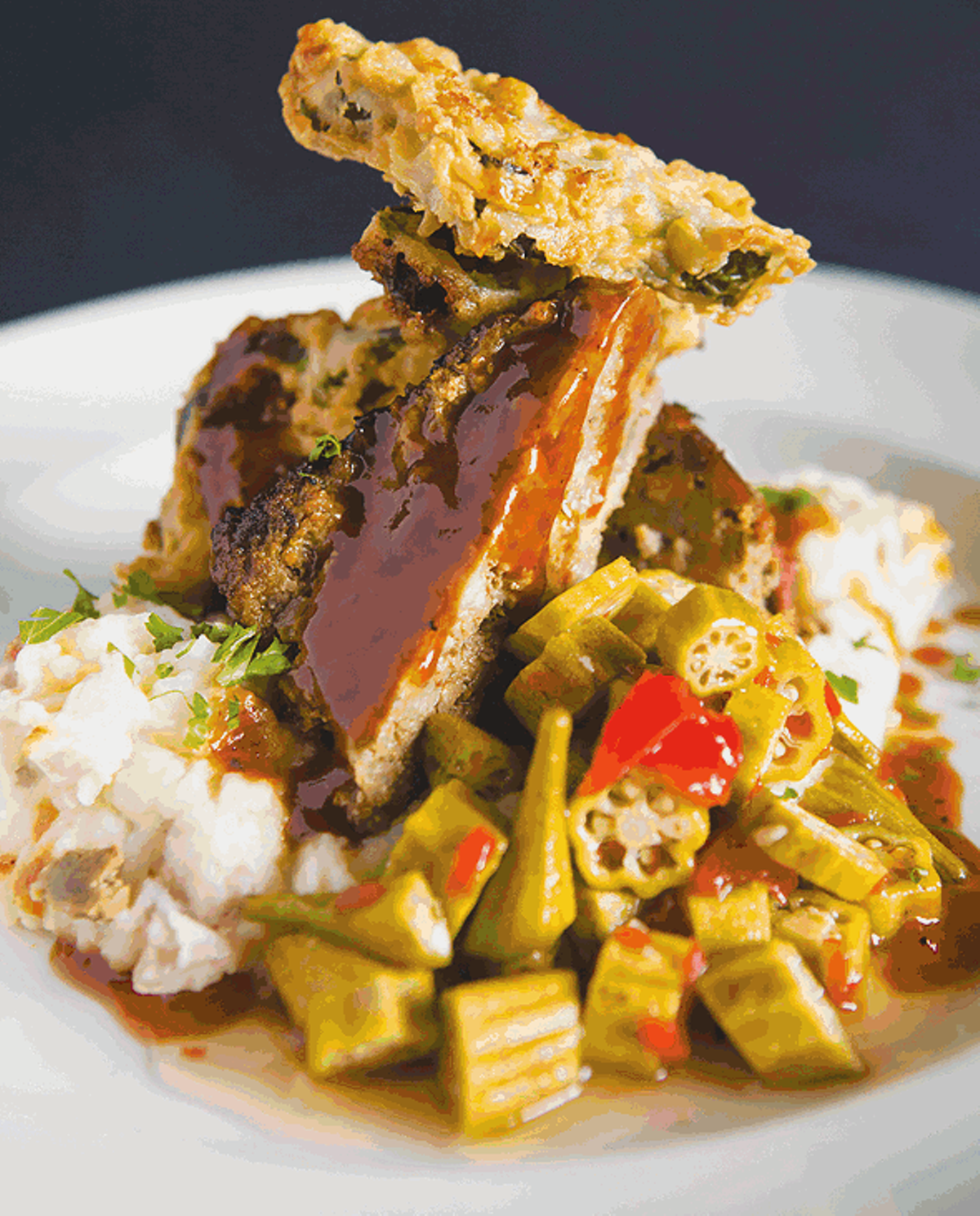 The new location of Smoke opens next week.

The second location of Smoke The Restaurant at St. Paul's Square (1170 E. Commerce St.) will open its doors on Monday, March 14, at 4:20 p.m. Get it? Opened by Adrian Martinez, Javier Sandoval and chef Brian West, the restaurant's second, much larger location, is inside the former Ruth's Chris Steakhouse. Aside from more 'cue, downtowners can expect the return of bartender Olaf Harmel (previously at Blue Box and Bar du Mon Ami) to the area with new cocktails, including the Royal 125, a themed cocktail geared for this year's Fiesta celebration. "We all believe passionately in San Antonio and have put a lot of time, effort and creativity into developing a new and exciting BBQ brand in Smoke The Restaurant. With our second location set to open in Downtown San Antonio we are ecstatic to showcase our restaurant concept on a national stage. We look forward to anchoring the revitalization of St. Paul's Square while also assisting in the continued growth of the East Side," Martinez said in a press release.

The San Antonio River Foundation will host the eighth annual Rivertini Cocktail Competition on Thursday, March 31, from 6 to 8:30 p.m. inside the Wyndham Garden Riverwalk (103 9th St.). General admission is $75 and includes access to the special cocktails and a complimentary buffet by Don Strange of Texas. Cocktail fans can look forward to sampling 20 cocktails made by area bartenders hailing from Alchemy to Zocca at the Westin Riverwalk. A slew of celebrity judges — including chef John Russ of Lüke San Antonio, Johnny Hernandez of La Gloria and beverage director Christopher Ware of Paramour — will try and tackle the arduous task of naming one cocktail king. Visit rivertini.org for details.

The second season of The People's Nite Market begins Tuesday, March 15, from 6 to 10 p.m. and will continue every Tuesday night through July inside La Villita's Maverick Plaza. Expect familiar vendors along with new faces.