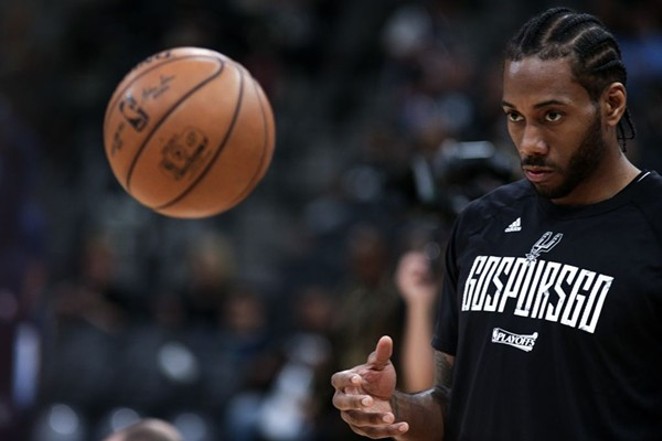 Josh Huskin
The San Antonio Spurs released their 2017-18 regular season schedule on Monday evening, giving Spurs faithfuls a first glimpse at what promises to be an intriguing campaign for the silver and black. With Tim Duncan embracing retirement and Tony Parker still recovering from a ruptured quad tendon, Coach Gregg Popovich will look to Manu Ginobili, the only member of San Antonio’s celebrated Big Three who will be in uniform when the season tips off, to provide continuity on the court.


Never miss another tip-off. Sync our 📆 with yours now » https://t.co/P3AZzIzHAF pic.twitter.com/Ys2SoQr5XJ

Although Ginobili’s impending retirement will once again linger in the consciousness of Spurs enthusiasts, the upcoming season should be dominated by Kawhi Leonard’s continued progression towards league MVP status. While hungry All-Stars Chris Paul and Paul George have teamed up with established heavyweights in Houston and Oklahoma City to counter the Golden State juggernaut, Leonard has become an NBA outlier. Entering his prime, Leonard is essentially a lone star, quietly patrolling the passing lanes in the last pro basketball outpost this side of Hidalgo.

Leonard and company get their first look at the defending champs when Kevin Durant and the Warriors touch down in San Antonio on November 2, with a rematch at the AT&T Center on March 19. The I-10 rivalry with the Houston Rockets renews in the Alamo City on February 1, and is revisited at home on April 1.  The Spurs will host reigning league MVP Russell Westbrook on November 17 and March 29.

For the first time since 2012, the Spurs will not participate in the league’s Christmas Day showcase. February’s Rodeo Road Trip will last just six games, culminating in a showdown with King James in Cleveland. LeBron and the Cavaliers will make their only appearance in San Antonio on January 23, with or without Kyrie Irving.

A cursory glance at the NBA schedule suggests that despite losing ground to Western Conference rivals in the acquisition of All-Star talent, the Spurs should be on track for a remarkable 19th consecutive campaign with at least 50 wins. A healthy Kawhi Leonard likely propels San Antonio to a record 21st successive playoff berth, where the “Race for Seis” truly begins.