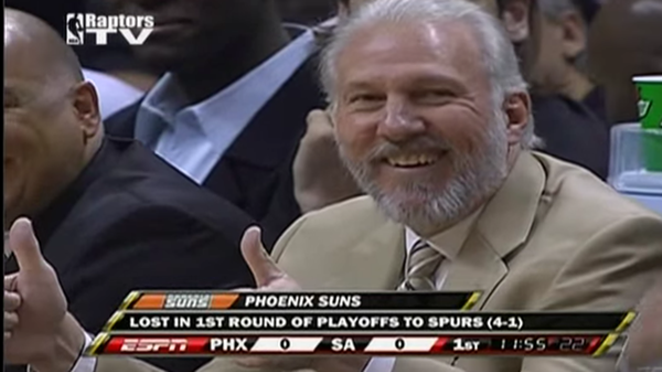 Typically the All-Star coaching nod goes to the coach in each conference whose team holds the best record. In this case, that would be Golden State Warriors coach Steve Kerr, who recently returned to the bench after missing the first 43 games of the season while healing form back surgery. But Kerr coached the Western Conference All-Stars last year, and the NBA bars coaches from participating in the game in back-to-back years, so the honor fell to Popovich, whose Spurs hold the second-best record.

Popovich will coach at least one of his own players in the game. Fans voted forward Kawhi Leonard into the game as a starter. Whether any other Spurs will join Leonard remains to be seen — each team's reserves, which are selected by the coaches, will be announced on January 28.

The game will be played in Toronto on Sunday, February 14 and broadcast on TNT.