Spurs Fans Defend Lonnie Walker IV After Twitter User Gets Mad at Him for ... Eating 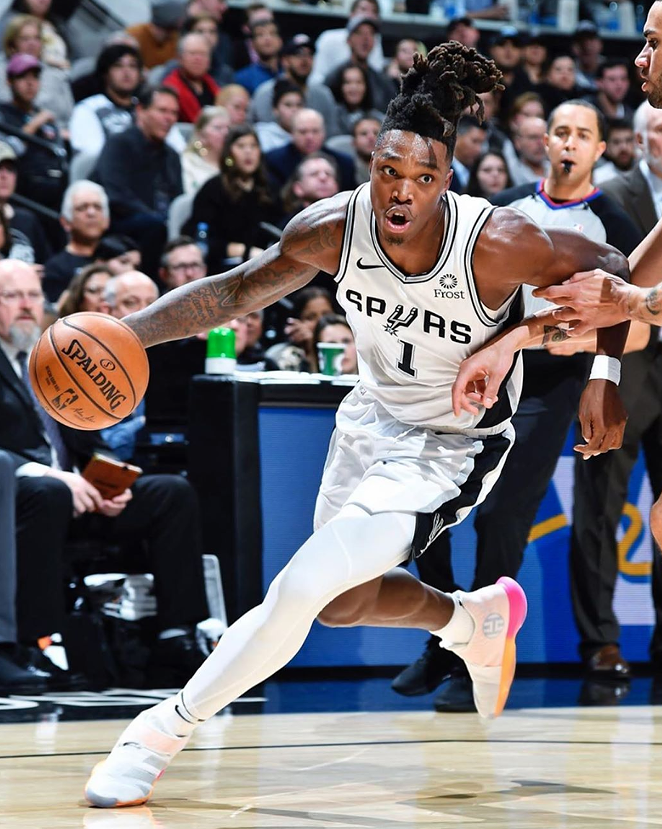 It appears that one Twitter user forgot that much before criticizing Spur Lonnie Walker IV for going out to eat after Tuesday night's game. San Antonio fell short to the Los Angeles Lakers that night with a final score of 129-102.

Lonnie Walker still being out right now. In front of Yard House and still going out after dinner is probably part of the reason he is not playing that much right now


"Lonnie Walker still being out right now," a tweet from @Coach_Doza reads. "In front of Yard House and still going out after dinner is probably part of the reason he is not playing that much right now."

Walker caught wind of the tweet and aired his frustrations with the so-called fan, whom he said requested to take a picture with him before sending the nasty tweet.

This is the tweet of someone that didn’t get a picture last night smh sad man. Can’t even spend time with my family without someone creating something out of nothing https://t.co/hUmUDHjPbE


"This is the tweet of someone that didn't get a picture last night," Walker responded online. "Can't even spend time with my family without someone creating something out of nothing."

Walker wasn't the only one turned off by @Coach_Doza's unwarranted tweet. Others replied to the basketball star's tweet in his defense.

I know Lonnie may seem superhuman because of his enormous athletic abilities, but he’s not. He has to eat, sleep and play like the rest of us. For someone to take issue with him living is ridiculous. Lonnie is a great kid. One we should all be proud of on the court and off.

We're behind you Lonnie, these are talking heads that have 0 clue what it takes to be a professional athlete. Keep grinding bro.

SA is rooting for you. The guy is overreacting. I hope that you will be put into more plays instead of just being assigned to stand on the weakside waiting for the ball. Keep slaying in practice and we will party with you in June.


Someone be sure to buy Walker a beer when he and the rest of the Spurs return from the annual Rodeo Road Trip.