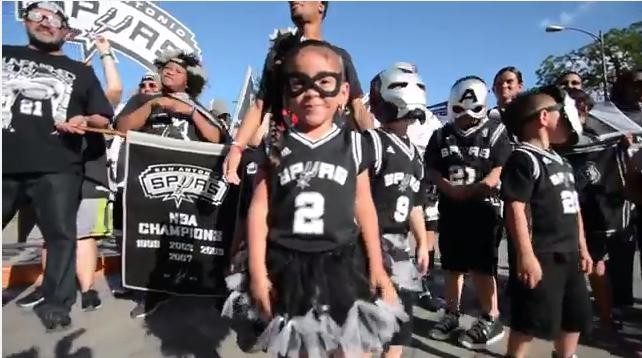 From the team that brought you "San Antonio is Happy," “Spurs Nation” is the latest SA spirit rally from Heartfire Media (a.k.a. Reader’s Choice for Best Start-up). While the first 40 seconds is a slow build base on Magic Johnson’s moving commentary about the team, it tugs on the same set-up as the earlier viral "A Beautiful Game. But its core features the beat and rhyme of local hip hop artist Paul Hightower, known as Highstrung, in a Spurs-praising/Heat-dissing rap, with fans bouncing head-to-toe block colors: from Spurs Jesus to luchadores and the cutest masked kiddos. Spurs Nation represents.