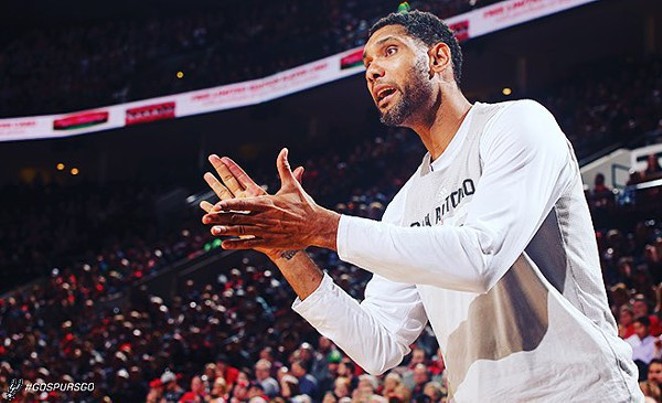 Facebook/San Antonio Spurs
Tim Duncan and the Spurs have a chance to set the franchise single-season wins record.
While most NBA eyes are pointed west toward the Golden State Warriors' chase for 73 wins, the San Antonio Spurs are busy breaking some records of their own.

With a 100-92 win Wednesday night over the depleted-by-injury New Orleans Pelicans, the Spurs set a NBA record for most consecutive home wins to start a season.

They also tied the franchise record for single-season wins with 63. And with seven games left in the regular season, there's a good chance this team will set the new record.

The Spurs have three regular season home games left this season. Going undefeated at home is unprecedented in the NBA, but doing so will be a tall task.

The Spurs' final home games come against three of the top teams in the NBA: the Toronto Raptors on Saturday, April 2, the Golden State Warriors on Sunday, April 10 and the Oklahoma City Thunder on Tuesday, April 12.