Spurs will face off Friday with the Denver Nuggets, who arrive in San Antonio as a team in flux 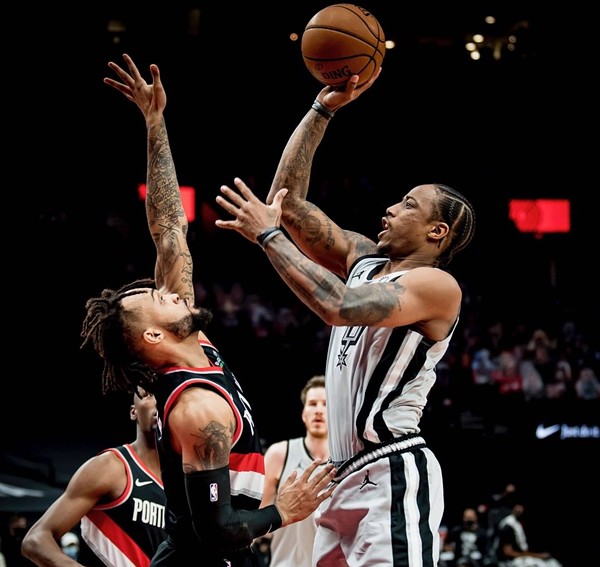 Instagram / spurs
Sparked by a 4-1 road trip earlier this month that included signature wins over the Lakers and Clippers in Los Angeles, the Spurs have found surprising success in opposing arenas to start the season.

The winning trend stands in stark contrast to the team’s dismal 13-25 road record last season, which ultimately kept them out of the playoffs for the first time in 23 seasons. San Antonio’s youthful trio of Keldon Johnson, Dejounte Murray and Lonnie Walker IV already have optimistic Spurs fans eyeing a return to the post-season, with plenty of basketball remaining on the schedule.

Next up for the Spurs is a Western Conference showdown with the Denver Nuggets, who arrive in San Antonio as a team in flux. After losing forward Jerami Grant to free agency and adding seven new players over the offseason, the Nuggets are off to a slow start.

However, with Nikola Jokic, Jamal Murray and Michael Porter Jr. still on the roster, they remain a dangerous team.