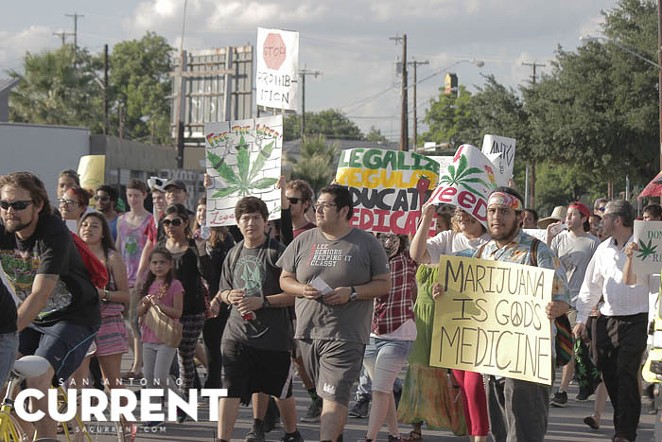 Alex Ramirez
The 2017 legislative session is coming up quick, and Texans for Responsible Marijuana Policy are holding advocacy training events all across the state, starting in San Antonio on Saturday.

“The movement to change our antiquated and dangerous prohibition laws are gaining traction. However, that momentum will be lost unless citizens stay engaged with their lawmakers during the interim and campaign season," he said in a news release.

The announcement about the training sessions, which are scheduled for Dallas on October 31, Corpus Christi on November 7, east Texas on December 5 and Houston on December 12, comes on the heels of a Texas Lyceum poll that showed attitudes toward marijuana reform in the Lone Star State continue to change.

“That's why these advocacy training events are so important because citizens will be the catalyst for change,” Sen. Menéndez said. “I'm excited the inaugural training session is taking place in San Antonio. Poll after poll shows Texans are ready for comprehensive marijuana reform.”

Michael Gilbert, PH.D., a University of Texas San Antonio criminal justice professor who used to work as a corrections officer will speak at the training session.

“Wasting public resources on marijuana enforcement has been counterproductive and distracted us from more pressing law enforcement matters,” Gilbert said. “It has also damaged the lives of otherwise innocent fathers, mothers, and children. I look forward to helping mobilize those who demand justice in Texas.

Heather Fazio, a spokeswoman for Texans for Responsible Marijuana, said the training session will provide activists with the tools they need to inject marijuana policy into next year's legislative session topics.

“State lawmakers considered several marijuana policy reform proposals this year, and they will again next session. Voters deserve to know which candidates want to maintain Texas’s failed marijuana prohibition policies and which ones want to take a new approach,” Fazio said.

WHAT: First of several regional advocacy trainings for activists