Store Sprinklers Left on Overnight Create Icy Patch Off I-10, Cause Multiple Accidents 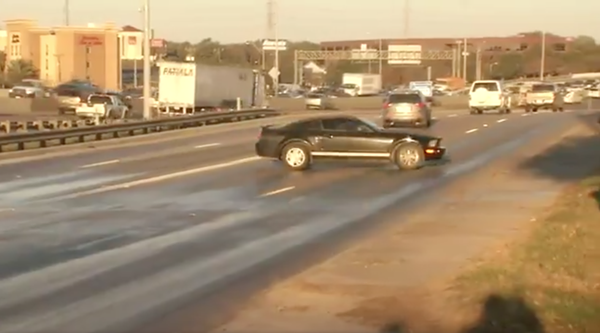 The sprinklers of a San Antonio furniture store may have been to blame for several car crashes on San Antonio's icy roads this morning, police told the San Antonio Express-News.

Louis Shanks Furniture, located in the Northwest Side, didn’t shut off their sprinklers last night, and the below-freezing temperatures San Antonio has been experiencing caused ice to form on the I-10 access road near the De Zavala Road exit. There were at least four car crashes involving at least eight cars and one VIA bus, police said.

The San Antonio Water System tweeted about the incident, reminding people to “turn off your #sprinklers this #winter, especially when there are freezing temps”. A Texas Department of Transportation crew arrived to de-ice the road, News4SA reported.

A reminder to turn off your #sprinklers this #winter, especially when there are freezing temps: "NW side furniture store leaves on sprinklers overnight, causing icy roads and several wrecks" https://t.co/1DHEVrvYOS via @mySA #WinterSafety #fenderbender #txwx pic.twitter.com/JyshQBBapn


Although San Antonio isn't expected to continue to experience freezing weather over the next 10 days, some tips for driving safely on icy roads include slowing down, braking with time, and checking road conditions before heading out.