Study: Donald Trump, who tested positive for COVID-19, is biggest misinformation source about the pandemic 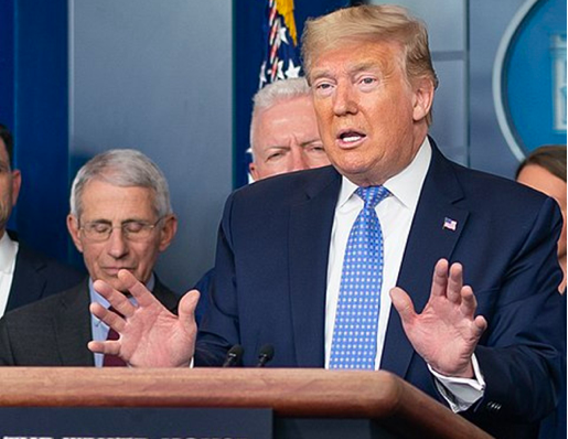 After studying 38 million articles on the pandemic published in English-language media worldwide, Cornell researchers identified Trump as “the single largest driver of misinformation around COVID.” Mentions of Trump made up 37.9% of “the overall misinformation conversation” — outstripping any other source.

Cornell researchers concluded that the spread of misinformation and conspiracy theories can lead to higher death tolls during pandemics. False narratives during the HIV/AIDS epidemic are estimated to have caused an additional 300,000 deaths in South Africa alone, according to earlier research.

"If similar or worse outcomes are to be avoided in the present COVID-19 pandemic, greater efforts will need to be made to combat the infodemic that is already substantially polluting the wider media discourse," the researchers argue.

The most common type of misinformation identified in the report centered around "miracle cures" for COVID-19, which has claimed more than 200,000 lives in the U.S. and a million worldwide. Researchers called out Trump as a key spreader of miracle cure claims.

In March, for example, the president repeatedly touted the benefits of the antimalaria drug hydroxychloroquine, calling it a "game changer" even though there was no scientific proof it could effectively fight COVID-19.

The following month, Trump pontificated at a briefing that injecting a disinfectant such as bleach could fight the virus. Although Trump claimed during this week's debate that his statement was sarcastic, poison control centers around the country experienced surges in calls asking about its truth.

Cornell's research also detailed 1o other widely shared conspiracy theories and falsehoods, including the claim that Democrats created the pandemic to politically damage the president — a sentiment echoed by former Bexar County Republican Chairwoman Cynthia Brehm, among others.

The study, conducted by the Cornell Alliance for Science, a nonprofit that promotes science to foster food security and environmental sustainability, hasn't yet been peer reviewed. Researchers told the New York Times it is under review by an academic journal is reviewing the article, but they felt the need to release it more quickly due to the urgency of pandemic.