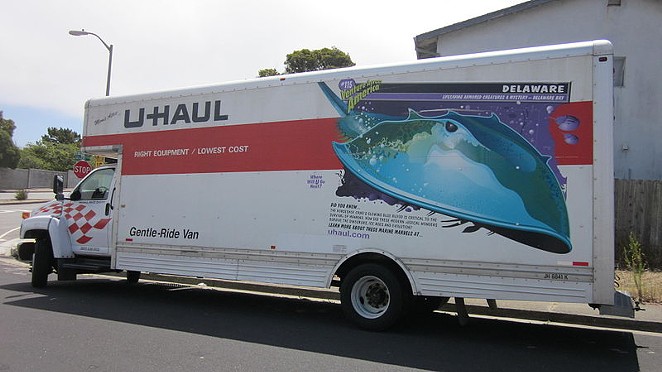 BrokenSphere / Wikimedia Commons
If the proliferation of personalized license plates and people asking for sour cream on their tacos has you wondering whether Californians are overrunning Texas, a new study may back up your suspicion.

Turns out the trek from California to Texas was the most common U.S. relocation route in 2018, according to an analysis by self-storage portal Storage Cafe. Parsing U.S. Census data, the company found that 86,000 people undertook that relocation route last year.

The findings parallel another recent study which used IRS tax data to track migration patterns. That analysis also showed the Golden State was the largest exporter of residents to Texas.

Indeed, California was both the top state for outbound migration last year and the starting destination for the five most popular relocation routes, according to the study. The state lost 691,145 residents during that time.