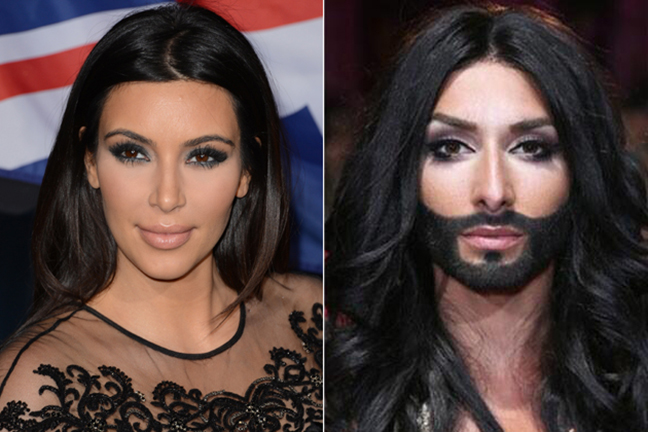 Despite a petition claiming she'd turn this year's Eurovision Song Contest into a "hotbed of sodomy," bearded Austrian drag queen Conchita Wurst (born Thomas Neuwirth in 1988) competed in and won the 59th annual event Saturday night, performing "Rise Like a Phoenix" at Copenhagen's B&W Hallerne to a crowd that included Danish Royal Family members Crown Prince Frederik and his wife Crown Princess Mary. An estimated 125 million viewers tuned in. A Graz School of Fashion graduate, Wurst previously participated on the reality shows The Hardest Jobs of Austria (working in a fish factory) and Wild Girls (where she braved the deserts of Namibia with native tribes). Representing Austria's first Eurovision win since 1966, "Rise Like a Phoenix" was pegged by NPR as "a grandiose James Bond-theme-like ballad." Something tells us 25-year-old Wurst—whose last name is both a nod to the German word for "sausage" and a reference to the phrase Das ist mir doch ales Wurst (It's all the same to me/I don't care)—has an exciting career ahead that'll likely transcend her personal style.