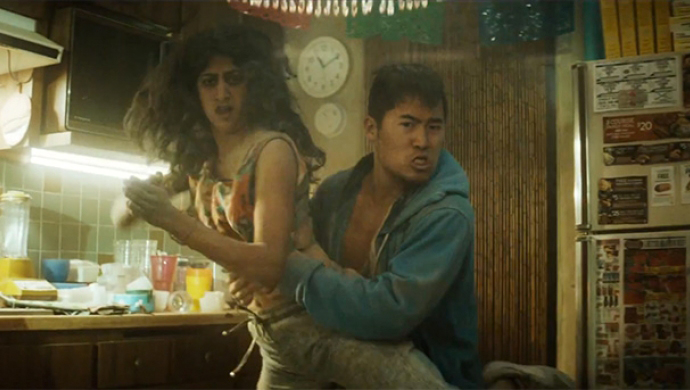 In the words of Mark Twain, "Clothes make the man. Naked people have little or no influence on society." More than a century after Twain's death and three decades beyond the Golden Age of MTV, Enquiring Minds want to know: Can a video make the song? Not to discredit the musical mastery of French-born DJ Snake (born William Grigahcine) and Celebrity Apprentice alum Lil John (born Jonathan Smith), but the embarrassingly addictive video for their Billboard-charting hit "Turn Down for What" is reaching and amusing audiences that aren't exactly on the forefront of the crunk genre. Directed by LA-based filmmaking duo The Daniels (aka Daniel Kwan and Daniel Scheinhert—who've collaborated with Foster the People, Passion Pit and Tenacious D), the video climaxes with what's been referred to as a "facial butt smash." To borrow a synopsis from Vice subsidiary Thump ("the world's newest authority on electronic everything"), this must-see bit of insanity "stars director Daniel Kwan and his possessed, dancing penis, as patient zero in a twerking epidemic that eventually infects his entire apartment building."