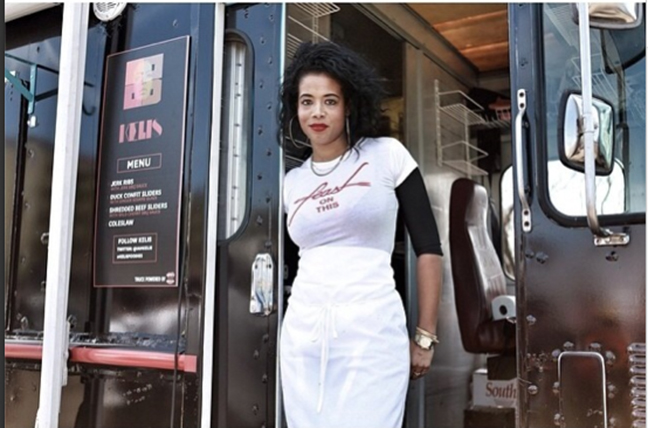 Duck confit sliders, anyone? Kelis promoted her LP Food (set for an April 18 release) by giving away gourmet grub at SXSW.

If you subscribe to as many dance music podcasts as I do, you'll know it's not uncommon to hear a remixed version of a song before the original version even surfaces. This recently happened with "Rumble," the latest from singer-songwriter/chef Kelis of Grammy-nominated "Milkshake" fame. Featured in late-March on Pete Tong's weekly BBC Radio 1 show The Essential Selection, the Breach remix of "Rumble" (the second single from Kelis' sixth LP Food—which she promoted last month in Austin by preparing and serving free gourmet fare from a food truck at SXSW) is a prime example of the power a DJ/producer has to transform the vibe of a song—in this case going from laid-back and slightly bluesy to bouncy and groovy. Employing an amusing bit of click bait to hype the official video, MTV titled a March 24 blog post "Kelis Gets Over ‘Duck Dynasty’ Dudes In ‘Rumble’ Video." While the song does in fact touch on breakups and makeups (“I’m so glad you gave back my keys” goes the chorus), the fishing and canoeing guys in the video are not affiliated with the A&E reality series. Check out both versions below.