SXSW Review: Tegan and Sara at The Main 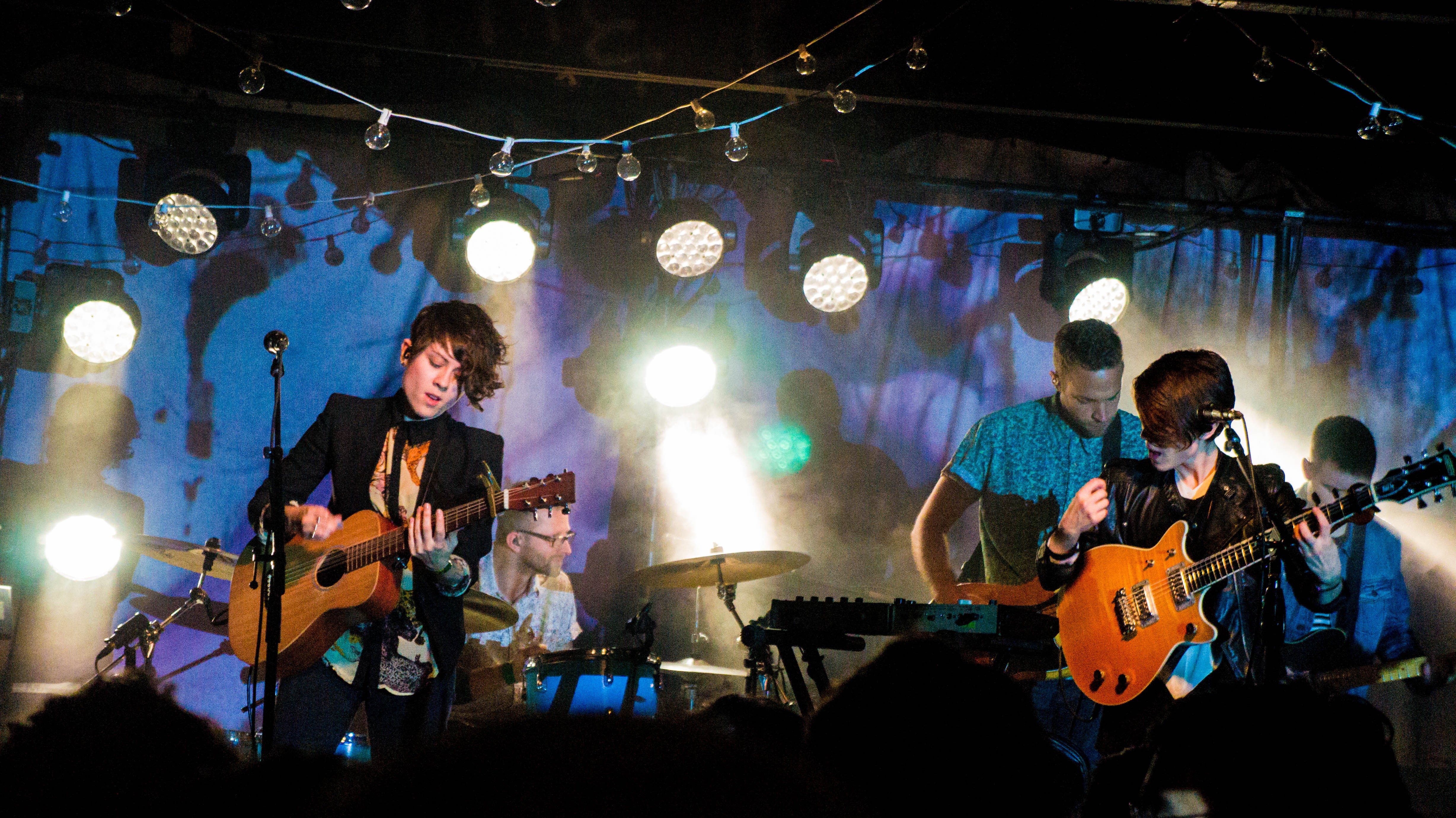 Tegan and Sarah at The Main. Photo by Jaime Monzon.

The iHeartRadio Music showcase was held where the old Emo's was.  This used to be one of my favorite places to see live bands.  It's intimate and sounds great.  So I was excited to find myself close to there about 15 mins till before Tegan and Sara's 11:30pm time slot.  The line to get in was not as long as I thought  it would be and I made it inside in about 10 mins.  Right on the dot, I thought.

DJ Skee was on the turntables playing music and promoting iHeartRadio.  The stage was not even set up so it appeared they might be a little late.  The house was pretty full by then.  Everyone just waited and danced in place to the music, obviously picked to soothe a restless crowd, playing over the PA.  DJ Skee kept promising it would just be a couple of more minutes.

Tegan and Sara took the stage about 12:05 letting us know, "Sorry we're late, Tegan and I were getting manicures backstage", before going into the title track from their album The Con, causing the audience to go into a frenzy.  The next 45 mins were a mix of their new album Heartthrob and classic Tegan and Sara favorites.

Their onstage banter was also refreshing; none of the usual "Are you ready to rock?" way of connecting with the crowd.  They tend to talk to each other and tell funny stories about themselves between songs.  A little comedy to go with their rock show made you really connect with them.  For my first time seeing them, I can say I am now a bigger fan than I was before.