Ted Cruz skewered from both right and left after calling Jan. 6 a 'violent terrorist attack' 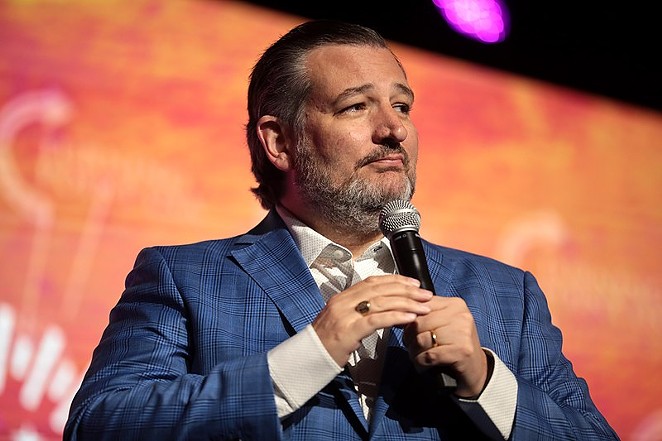 U.S. Sen. Ted Cruz, R-Texas, who played a key role in spreading false claims that the 2020 election was rigged, is catching heat from both ends of the political spectrum for condemning the deadly Jan. 6 Capitol insurrection as a “violent terrorist attack."

Fox News entertainer Tucker Carlson, who's repeatedly downplayed the insurrection and called it a "false flag" operation, slammed Cruz Wednesday for his characterization of the incident, the Washington Post reports. On his program, Carlson accused the hard-right senator of “repeating the talking points" of U.S. Attorney General Merrick Garland.

At the time of the 2020 election, Cruz helped push then-President Donald Trump's repeated lies that the contest was riddled with fraud — the same claim that inspired the rioters who sacked the U.S. Capitol. Immediately after the attack, Cruz was one of eight GOP senators who objected to the certification of President Joe Biden's election.

However, during a Senate Rules Committee hearing this week, Cruz — who's suggested he's a shoo-in for the 2024 GOP presidential nomination — sang a different tune, praising Capitol police and calling the one-year anniversary of the attack "solemn."

“We are approaching a solemn anniversary this week,” Cruz said. “And it is an anniversary of a violent terrorist attack on the Capitol, where we saw the men and women of law enforcement demonstrate incredible courage, incredible bravery, risk their lives for the Capitol.”

I’m so done with Ted Cruz.

What are the odds he’s the Senator who told President Trump not to speak tomorrow?

In a tweet, filmmaker and political satirist Jeremy Newberger theorized that Cruz made his latest statement because "he sees the walls caving in on the insurrection."

The only possible reason I can think of that Ted Cruz started acknowledging January 6th was a violent terrorist attack today is that he sees the walls caving in on the insurrection and is starting his Chameleon blend.

“Most days, it’s hard to take Ted Cruz seriously, but his actions to subvert democracy on that day, January 6, 2021, and to continue his efforts that night even after order was restored at the Capitol, should be taken seriously and should be remembered,” said Ed Espinoza, president of Progress Texas, in a written statement.