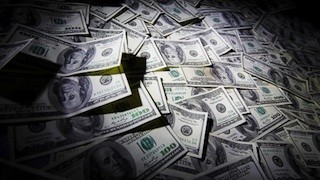 A bipartisan group of Texas legislators are aiming to shed light on the shadowy trail of money from special politically active nonprofits. Under 501(c)(4) status, increasingly influential “dark money” groups can funnel cash to campaigns with no legal obligation to disclose donors, causing legislators and public interest groups—locally and nationally—to cry foul when it comes to transparency and ethics.

While the Texas Legislature passed a Republican-authored bill last session that would force the tax-exempt groups to reveal financial backers who doled out more than $1,000, Gov. Rick Perry subsequently quashed SB 346 with a veto. Ironically, Perry cited an infringement on the democratic process in opposition to the campaign transparency legislation, saying at the time, “My fear is that [the bill] would have a chilling effect on both of those rights in our democratic political process … no regulation is tolerable that puts anyone’s participation at risk …”

At the Capitol earlier this month, the House State Affairs Committee—which includes Kerville Republican Rep. Harvey Hilderbran and San Antonio Democratic Rep. José Menéndez—convened to determine if the issue needed revisiting. In rare accord, most legislators appeared on board with disclosure (falling largely in line with their unanimous approval of SB 346) and afterward, the majority of panelists addressed a letter to the Texas Ethics Commission requesting the state agency implement a donor disclosure rule when it comes to direct campaign expenditures, months ahead of another possible legislative attempt, state newsletter the Quorum Report notes.

“If we’re going to have private individuals providing financial resources, we should know who they are, so we can decide if their views match up with the interests of the community or match up with donors,” Menéndez, a staunch proponent of disclosure, tells the Current.

“The funding source can be more telling than what a candidate says—it shows who stands to benefit and gain from the campaign,” he adds.

During the 2012 presidential campaign cycle, 501(c)(4) organizations and 501(c)(6) trade associations (which also don’t need to disclose donors) spent more than $310 million, according to the Center for Responsive Politics. And that influx of cash isn’t slowing down anytime soon. In the 2014 midterm cycle, dark money groups are exceeding their record—three times as much dark money spending ($12.3 million) has already been reported to the Federal Election Commission at this point than in the same period ($4.4 million) in 2012. (Note: 501 (c )(4) “social welfare” organizations are different than Super PACs, which must disclose donors on a monthly or quarterly basis.)

Yet, Texas hasn’t seen an all-out explosion of 501(c)(4)s and the cloaked campaign funds make up just a small fraction of overall expenditures. The reason for dark cash’s slower pace in the state may have something to do with the already lax political contribution environment, says TPJ Director Craig McDonald. Today, campaign coffers overfloweth—donations are limitless in statewide and legislative elections, leaving only the secrecy of contributions to be coveted by political-influence peddlers.

“The landscape is already extremely concentrated,” McDonald tells the Current, pointing to the fact 40 percent of campaign contributions to Texas races come from 200 contributors. “So, the advantage you get with dark money here is that it’s not only limitless, but it becomes secret.”

However, the number of these shadowy groups is expected to double in the 2014 election cycle, the panel and campaign finance observers warned.

“We are really concerned that if we don’t get a handle on it now, it will be a runaway train that we could never stop,” says McDonald.

While the campaign finance reform measure has atypical bipartisan support, it still sees heavy pushback from Tea Partiers and ultra-conservatives that claim donor disclosure inhibits free speech and may lead to intimidation. The most vociferous of these opponents is expectedly Empower Texans, the state’s highest-spending dark money organization, which also led the effort to oust Republican State House Speaker Joe Straus of San Antonio for not being conservative enough. Coincidently, the group is under investigation by the Texas Ethics Commission for allegedly failing to report expenditures.

“It’s bogus,” says McDonald bluntly. “Disclosure doesn’t stop anyone from speaking and it never has. To say that ‘if we can’t be anonymous we lose our power to speak’ is a fallacious argument.”

“I thought transparency in government is what conservative people wanted,” he says. “I think everyone, regardless of your political view, should be in favor of disclosure; wealthy people on all sides of the political spectrum can influence the campaign. So, the public at large should believe in transparency of the process.”

The TEC is expected to consider the House Panel-supported rule that would shine a light on donors—proposed by lobbyist Steven Bresnen and posted to the TEC’s registry for public comment—soon. The eight-member Commission needs six votes to adopt a rule change, Natalia Ashley, interim executive director of the TEC tells the Current.

And if no one takes action by next legislative session, the San Antonio rep says he would step up.

“I wouldn’t take the opportunity away from last session’s author,” says Menéndez. “But if they don’t file it again, I would look into filing the bill myself.”