Texas Doesn't Want Its Youth To Know About Slavery 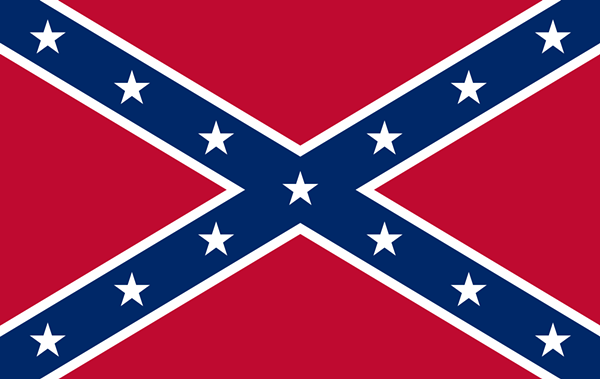 Wikimedia
Slavery had little to nothing to do with the Civil War.

Amazingly, history textbooks scheduled to land in classrooms and on desks around the Lone Star State this fall will push this misguided and misinformed theology of diehard deniers of truth.

And when it comes to the Civil War, children are supposed to learn that the conflict was caused by “sectionalism, states’ rights and slavery” — written deliberately in that order to telegraph slavery’s secondary role in driving the conflict, according to some members of the state board of education.

Slavery was a “side issue to the Civil War,” said Pat Hardy, a Republican board member, when the board adopted the standards in 2010. “There would be those who would say the reason for the Civil War was over slavery. No. It was over states’ rights.”


This is a serious issue and shouldn't be watered down for Texas' students.

The time for honest conversations about the Confederacy is now.

After 21-year-old Dylann Roof allegedly shot and killed nine people at the historic Emanuel African Methodist Episcopal Church in Charleston, South Carolina, Confederate racism again emerged in the national conversation. After the attack, pictures of Roof posing with the Confederate flag emerged, prompting debates about whether the flag stands for racism and slavery or "southern heritage."

San Antonio is no different.

“I do not believe the vast majority of residents who support Confederate flags or monuments have hate in their hearts. The fact that some of these symbols are utilized by hate groups to harass and intimidate should be enough to give us pause,” Warrick said in a news release.

This afternoon Taylor weighed in on this national conversation. Here's what she had to say:

Slavery and the Civil War are part of the American legacy. For more than 200 years we’ve been trying to fully realize the revolutionary premise of democracy: all men are created equal. Selectively erasing pieces of our past may make it more comfortable for us today but it also makes it easier for many to ignore the historic struggles of Blacks and other minorities in this country, a struggle for equality that continues today. It is offensive to use the rebel battle flag as a symbol of a city or state but it is also offensive to pretend that Texas was never a slave state or that racism has played no role in our history for the past 150 years. The City Manager has already directed staff to identify any monuments connected with Confederate history or symbolism and I will be receiving that report shortly, after which time the appropriate staff or Council committee can consider opportunities for expanding interpretation at these sites.