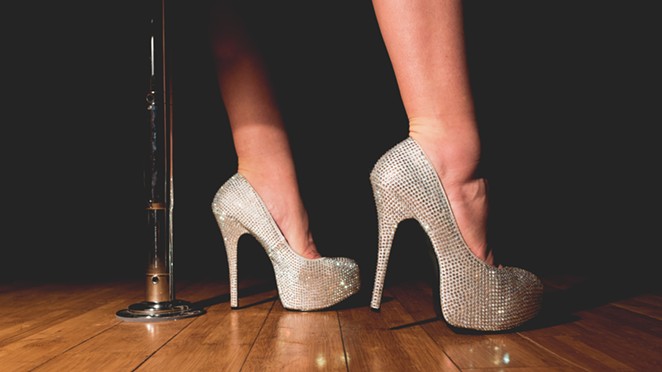 Unsplash / Eric Nopanen
A new bill prohibits anyone younger than 21 to work in or patronize a “sexually-oriented business” in Texas.
Gov. Greg Abbott on Monday signed into law a new bill that prohibits anyone younger than 21 from working in or patronizing a “sexually-oriented business,” a bill backers say will help law enforcement spot trafficking of minors.

Previously, strip clubs allowed waitstaff, door attendants and dancers to be 18 and over, and BYOB establishments that featured scantily clad entertainment were allowed to serve customers 18 and older.

As of yesterday, anyone under the age of 21 will not be permitted to be on the premises of Texas strip clubs, whether for work or entertainment. If the law is broken, the business will be held responsible, incurring hefty fines.

For many college students, working in a sexually-oriented business as a performer, bartender or server is a lucrative source of income. Recently, Texas-based advocates pushed aggressively to raise the age, citing the rise in reported cases of human trafficking during the pandemic.

The Polaris Project — a data-driven group that fights U.S. sex trafficking — released a report earlier this year that showed the potential impact of the COVID-19 pandemic on victims and survivors of sex and labor trafficking.

In April, a group of women who have worked as strippers lobbied lawmakers in Austin to raise the age to 21. In their testimony to Texas lawmakers, they said those who work at sexually oriented businesses are given alcohol and drugs, no matter their age.

“You get a drink when you get to work. Nobody asks you how old you are,” Nissi Hamilton, a former dancer and human trafficking survivor told Austin news station KVUE.

The new law prohibiting anyone younger than 21 to work in or patronize a Texas strip club went into effect immediately after its signing.