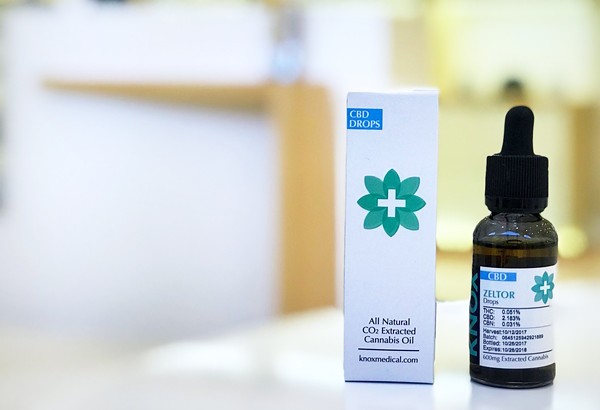 Knox Medical
This article was originally published by the Texas Tribune.

Four years after she authored legislation that legalized the sale of medical cannabis oil to Texans suffering from a small number of conditions, Republican state Rep. Stephanie Klick plans to push to expand the list of eligible patients in 2019.

On Thursday, the Fort Worth representative filed House Bill 3703, which would give Texans with multiple sclerosis, epilepsy and spasticity access to medical cannabis oil containing low levels of tetrahydrocannabinol, the psychoactive element in marijuana known as THC.

Klick’s 2015 Compassionate Use Act legalized the sale of a specific medical cannabis oil for Texans with intractable epilepsy if they’ve tried two FDA-approved drugs and found them to be ineffective. Patients also must be permanent state residents and get approval from two doctors listed on the Compassionate Use Registry of Texas. Roughly 160,000 Texans have intractable epilepsy — less than one percent of the state’s total population.

HB 3703 would eliminate the requirement that Texans wanting access to the drug need the approval of two physicians. While Klick did not sign onto a bill in 2017 that would've drastically expanded her 2015 measure, she previously told The Texas Tribune that she believes the "opinions on this medicine have changed," which is why she authored her own bill in 2019.

“In the interim there’s been more data that has come out, which is why I would support some of the other conditions being added,” Klick said. “There are clearly individuals that have benefited from it.”

Klick isn’t the only lawmaker this session pushing to expand the oil’s availability to sick patients.

State Sen. José Menéndez, D-San Antonio, and state Rep. Eddie Lucio III, D-Brownsville, have also filed measures that would expand the list of debilitating medical conditions that qualify for cannabis oil to include autism, Crohn's disease and post-traumatic stress disorder, among other things. Lucio filed an expansion measure last year that earned the support of nearly 80 House lawmakers of all political stripes. It never made it to the House floor in time for a vote.

Unlike Klick's expansion measure, both Menéndez and Lucio's bills would allow doctors to treat medical cannabis like any other medicine and also remove the 0.5 percent cap on the amount of THC that medical cannabis products sold under the Compassionate Use Act are legally allowed to contain.