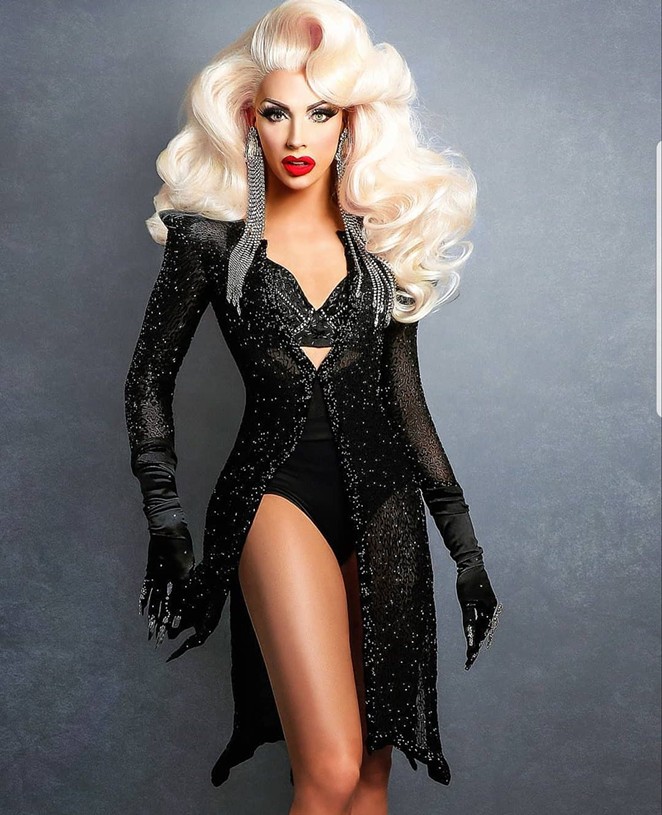 Courtesy of Alyssa Edwards
A former dancer from Mesquite, Texas, Alyssa Edwards rose to fame on season five of RuPaul’s Drag Race. On Wednesday, the tongue-popping, lip-syncing queen brings her talents to the Alamo City for two performances at Heat courtesy of Rey Lopez Entertainment.

As matriarch of the Haus of Edwards, she also serves as drag mother to fellow RPDR alums Laganga Estranja, Shangela Laquifa Wadley and Gia Gunn. Edwards cultivated a loyal fan base starring in the popular web series Alyssa’s Secret and landed on the big screen via the 2016 comedy Hurricane Bianca. Currently, she stars on the original Netflix series Dancing Queen (essentially a drag version of Dance Moms) that premiered in September. The reality show follows Edwards (born Justin Johnson), who appears in and out of drag, as she teaches young dancers at Beyond Belief Dance Studio. A San Antonio favorite, Edwards will close out the year as one of the last Rey Lopez productions of 2018. Consider bringing an unwrapped gift to donate to the Reys of Hope toy drive.