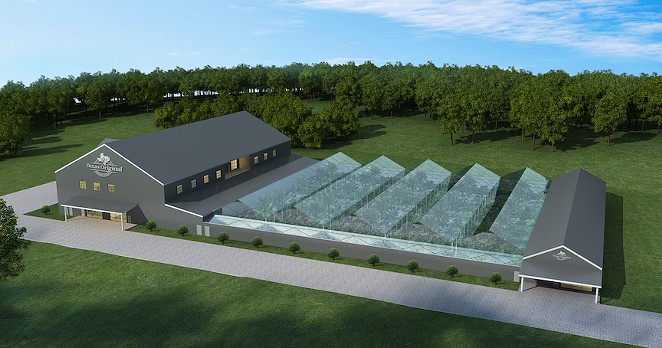 The company, one of three approved to legally grow weed in Texas, is building the $8 million facility to keep up with patient demand as the state expands its so-called compassionate use program to include people with PTSD and those with all stages of cancer. That program expansion goes into effect September 1.


TOCC expects to finish construction on the growing operation in the second quarter of 2022. It will serve patients with an on-site dispensary as well as through pick-up locations in cities including San Antonio.

"This new facility will bolster our production capabilities and enable us to not only reach more Texans, but also create, develop and distribute new medical cannabis products that meet the diverse needs of qualifying patients," TOCC Chief Executive Officer Morris Denton said.

As of May, Texas' medical marijuana program — one of the most restrictive in the nation — served fewer than 6,000 people. However, the expansion passed during the most recent session of the Texas Legislature is expected to greatly increase that number. More than 100,000 Texans have cancer, for example, according to state estimates.

While cannabis advocates praised the expansion of the program, they still maintain that the allowable levels of THC are too low to make a difference for some patients. The 1% THC cap allowed under the law is considerably lower than what's legal for medicinal use in other states.