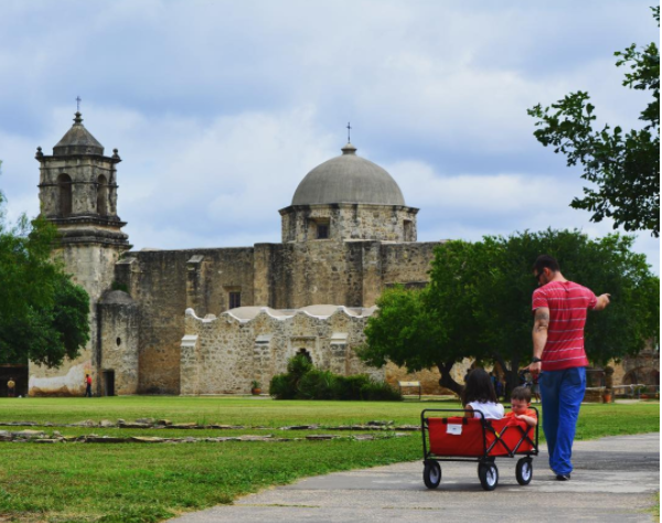 Photo via Instagram / missionsnps
The San Antonio Missions are among the parks and natural sites funded by the federal Land and Water Conservation Fund.
The Texas Parks and Wildlife Department and other advocates are making a last minute push for Congress to restore funding to a program that's provided $577 million in upkeep to Texas parks including the San Antonio Missions.

As we reported this fall, the 53-year-old Land and Water Conservation Fund (LWCF) expired on Sept. 30 because Congress, despite bipartisan support, failed to reauthorize it. The program is funded by fees generated from offshore oil and gas development.

"Funds from the LWCF have been instrumental in aiding the department and our community partners in acquiring and developing much-needed park land to meet the quality of life, recreational and economic needs of a growing Texas," Smith said. "The absence of this highly leveraged, deeply popular funding stream would be a substantial loss for Texas.”

If lawmakers do reinstate the funding, it would be a true last-minute save, since they're set to adjourn next week until the new year.

Still, the reinstated funding would come at a vital time for Texas' parks. Natural areas in the state have an estimated $781 million in deferred maintenance and more than $167 million in overdue repairs, according to the Texas Tribune, citing state figures.