Texas Restaurants Are Asking for Tax Relief From the State. But Officials Say They Need Those Revenues During the Pandemic. 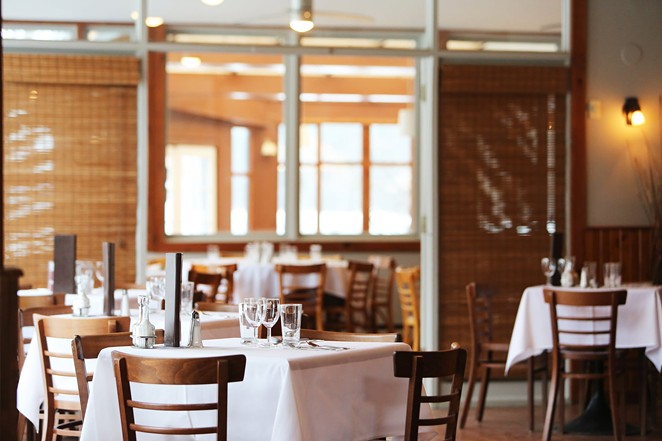 Pexels / Life of Pix
HOUSTON — Up against a Friday deadline, the broad base of workers in the Texas restaurant industry have asked Gov. Greg Abbott and other officials to waive monthly sales taxes due by the end of the day.

Bobby Heugel, owner of several popular bars and restaurants in Houston, said many businesses could ride out the new coronavirus' social slowdown for months if the state waived, delayed or deferred the monthly taxes.

“We have been crushing the governor’s office for requests of deferrals,” Heugel said Thursday. “Their voicemail actually stopped working late last night.”

Comptroller Glenn Hegar said the state won’t push back Friday’s deadline, though it has done so after hurricanes and other disasters. Hegar and aides cited a couple of reasons: Hurricanes and similar disasters, unlike pandemics, can knock out the infrastructure used to calculate and pay taxes. More importantly, the state and local governments that depend on those taxes to keep hospitals and emergency services going need the money as they prepare for the number of Texans testing positive for the new coronavirus to skyrocket within weeks.

“It would be irresponsible, but more popular, to delay collections," said Karey Barton, associate deputy comptroller for tax. "The people who paid those taxes need that money to be available to keep operating hospitals and other services.”

Normally, the monthly sales tax payments provide the state its largest source of revenue. But cities across Texas this week began closing dine-in service at bars and restaurants as leaders have urged social distancing practices to stop the spread of COVID-19.

On Thursday, Abbott called for the closing of bars and restaurants statewide; takeout and delivery services for both food and alcohol could still be available. That same day, more than 6,800 people from the restaurant industry reached out 44,989 times to the offices of Abbott, Lt. Gov. Dan Patrick, Hegar, and various state senators and representatives, Anna Tauzin of the Texas Restaurants Association said.

Tauzin warned that “it’s not looking good” and that more than 20% of independent restaurants in Texas are not likely to survive a temporary closure, or greatly scaling down operations, as Abbott has now required as he and state health officials try to slow COVID-19's spread throughout Texas communities.

“We’re asking them to do something,” Tauzin said of the state. “Either a waiver, a deferment, a partial payment. Something would be really, really nice.”

The taxes due Friday are for sales made in February, and the comptroller’s position is that the businesses that collected those taxes aren’t meant to use them for operating expenses — they’re supposed to be remitting them to local and state governments.

The comptroller has the power to delay remittances — sales and use tax payments from businesses — and did so after Hurricane Harvey in 2017, pushing taxes due that September to the next month for businesses in the affected areas.

Hegar's office is willing to work with taxpayers on payment plans and other alternatives, but the deadline still holds: The taxes collected in February are due on the normal deadlines, and late payments will incur interest and penalties.

Heugel, who was joined by others who are influential in the bar and restaurant industry in publicly calling for relief from state officials, said the state could not expect restaurants to remain afloat after being ordered to close.

“It’s important that the government recognize the handicap this puts on us,” Heugel said. “You can’t continue to tax a business under the same structure when you’re the ones that changed the business. Our communities need us to close. That’s fine, we understand that. But if we get relief on these taxes, it allows us to take that money that was intended to make that payment this month and instead pay our staff, pay rent, which is actually where our money needs to go right now.”

Alison Cook, who has been reviewing restaurants for the Houston Chronicle since 2002, said Houston cannot afford to lose its restaurants.

“I could go on at length about the ways in which our Houston restaurants and bars are a powerful economic engine we can’t afford to lose,” Cook wrote in a story published Friday. “About the fact that they’re the city’s fourth largest industry, and the dire social consequences of all those jobs evaporating. About the whopping sales taxes restaurants and bars feed into the Texas treasury, gone like the wind."
Scroll to read more Flavor articles
Join the San Antonio Current Press Club