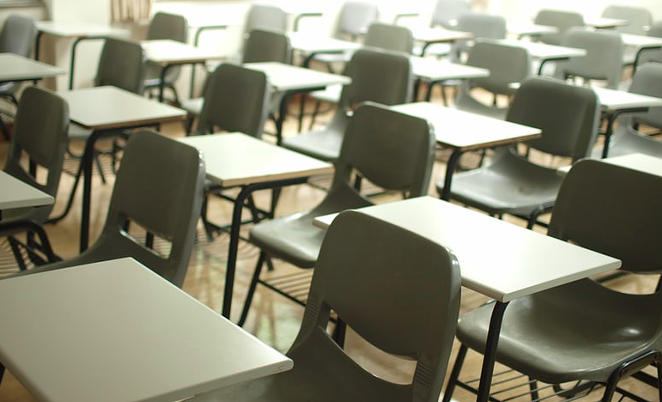 UnSplash / MChe Lee
Round Rock ISD responds to claims made by a Texas GOP candidate that cafeteria tables were being lowered for students who identified as cats.

After a Texas GOP candidate tweeted a baseless claim that middle school and high school campuses near Austin lowered their cafeteria tables so "furries" can eat without using their hands, the targeted school district is asserting that's not the case.

Michelle Owens, a candidate in the GOP primary for a Texas House district in Austin’s northern suburbs tweeted the claim Sunday about Round Rock ISD, Texas Monthly reports.

District spokeswoman Jenny LaCoste-Caputo assured the magazine there's no truth to Owens' statement, adding that “our tables don’t even have the option of lowering.”

For those out of the loop, furries are people who identify as animals, sometimes cats or dogs, and sometimes adopt mannerisms of our four-legged friends. Some also may wear costumes, including faux ears or tails.

The accusation made by Owens against Round Rock ISD appears to the latest scaremongering about furries proliferated by GOP politicians and operatives.

Owens made her claim in response to a tweet from Texas conservative activist Michael Quinn Sullivan, who posted now-viral video from a Michigan school board meeting where a parent expressed concern over rumors that litter boxes would be added in school bathrooms. The Michigan litter box story came weeks after an alleged substitute teacher posted a TikTok video asserting that she was fired after failing to “meow” back at a student who identified as a cat while taking attendance.

Cafeteria tables are being lowered in certain @RoundRockISD middle and high schools to allow “furries” to more easily eat without utensils or their hands (ie, like a dog eats from a bowl)

A Newsweek investigation also found the story about the substitute teacher to be fabricated. The creator of the TikTok later posted a video arguing that she made up the story to raise “awareness.”


After a year of the right politicizing public schools with debates over masks, Critical Race Theory and online learning, it seems logical to expect the pace of overheated rumors about public schools to increase heading into the midterms.

This holds especially true in Texas, where some fear that the state's rapid population growth is threatening the traditional Republican political hegemony.