The 30th Anniversary of the Butthole Surfers' 'Psychic... Powerless... Another Man's Sac' 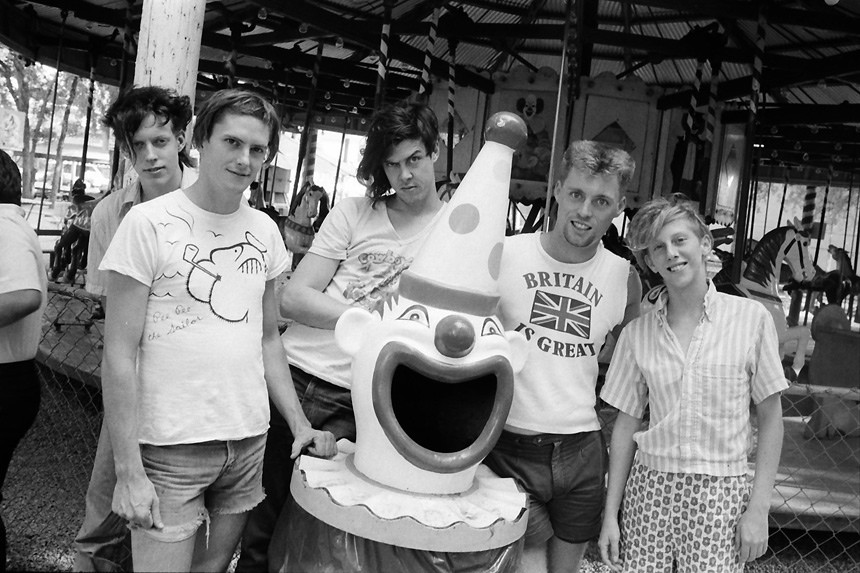 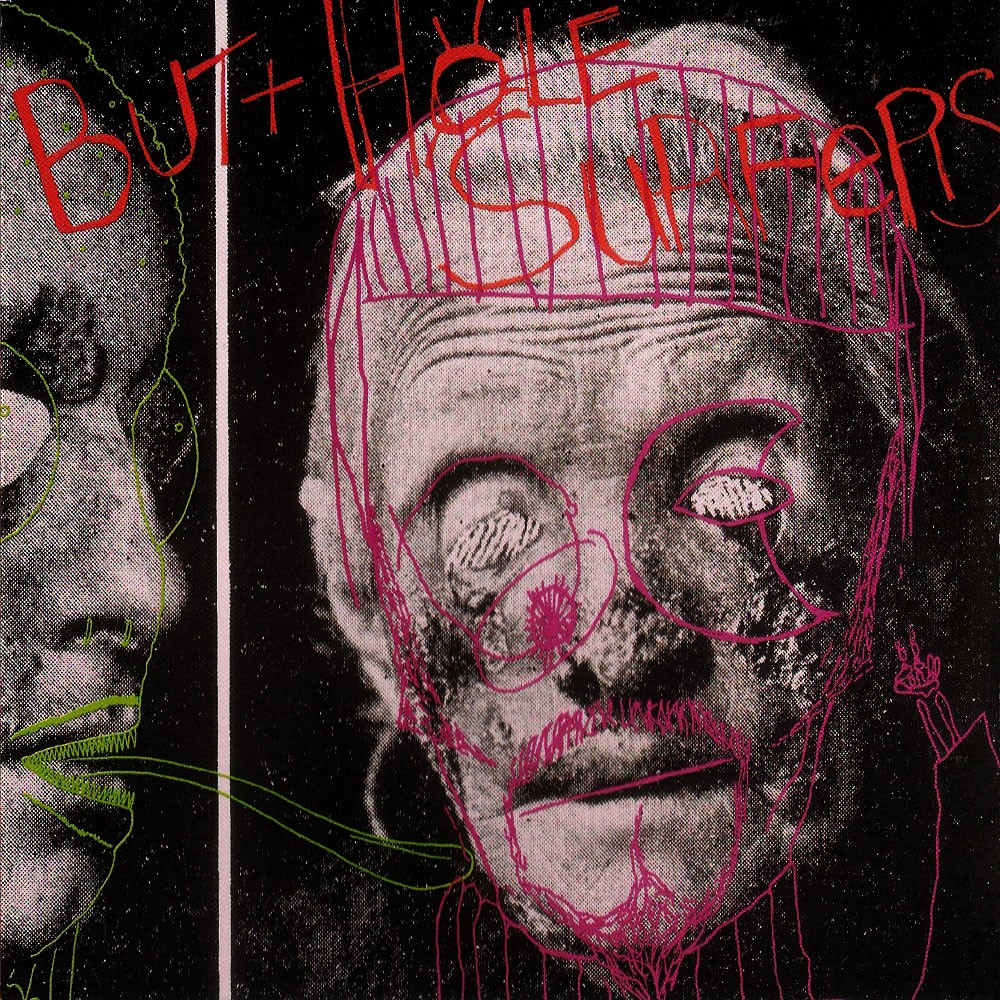 Punk rock hell has no fury like the scorned and scathing tones of the Butthole Surfers. Acidic, acid-laced and frothing at all orifices, the SA band tore a crazed path through the '80s indie underground, leaving a few great albums and countless spent van parts in their wake. This December marks the 30th anniversary of Psychic... Powerless... Another Man's Sac, a 12-track freak-out of psych, punk and noise.

The trenchant sounds on PPAMS don't have many direct ancestors. The ramblings of Captain Beefheart, the grooves of Can and the stripped punk of the Sex Pistols come to mind, but the weird collages of the Surfers suggest they evolved alone, like the platypus or El Camino.

The eccentric music of PPAMS is the result of two minds, Paul Leary and Gibby Haynes, collaborating on a wavelength few others can tune to. "Back in the old days, we collaborated together on everything," says Leary via email. "I don't really know how to describe it, except that we were just having as much fun as we could. We thought alike, in a twisted kind of way. We were good at developing each other's ideas."

As undergrads at Trinity University, Haynes and Leary began their long creative journey. As an art student, Leary was inspired by the works of pioneering performance artist Yves Klein, whose emphasis on the body would be seen in future Butthole sets. Haynes was an anachronism, down for the punk scene, but also an honors economics student and captain of the D-III hoops team.

Before ever making music, the duo put out a zine called Strange V.D. "It featured old photos of venereal and tropical diseases, which we gave stupid names like 'taco leg' and 'black bag'," says Leary. "It also had drawings and other really dumb stuff. It was a horrible magazine."

After an abbreviated move to LA to sell Lee Harvey Oswald T-shirts, the pair returned to SA to found the Butthole Surfers. "Forming a band became sort of the next logical step," says Leary, "so we could make stupid album covers and stuff." With a rotating cast of characters, the Surfers duck-dove into the Texas underground. 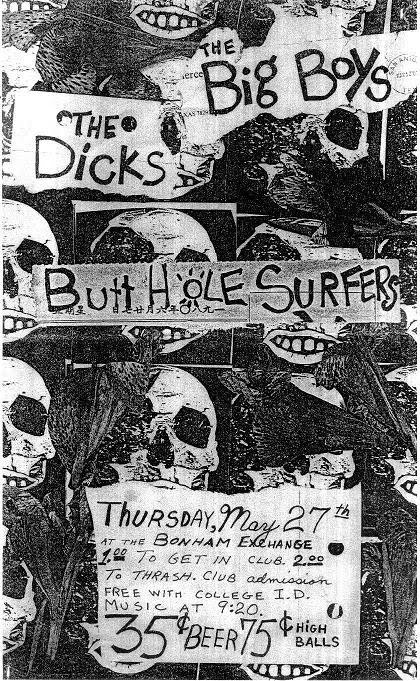 The Butthole Surfers flyer for a gig at the Bonham Exchange in 1982.

With The Big Boys, The Dicks, The Huns and a growing stream of others, Texas offered a small but determined punk scene in the early '80s. "There was an audience, at least in Austin, Houston and Dallas," says Leary. "A little in San Antonio. There wasn't really any backlash, but we realized pretty soon that we would need to get out and around to make things work. We were proud to be making underground music, especially since we weren't really fit to do anything else."

On their first tour out to San Francisco, the van coughed its death fits at the top of the Bay Bridge. "We coasted all the way down the bridge and off on the first exit, letting the van roll as far as it would go until it came to a stop in front of an old building with a sign that read 'Tool and Die'," says Leary, describing their luck. Inside was a punk show and the band whined their way onto the bill, performing for a crowd that included Dead Kennedys singer Jello Biafra. Impressed, Biafra agreed to put out a record by the Texans on his Alternative Tentacles label and let them sleep at his house. At least, "until his wife couldn't take us anymore," says Leary.

Back in San Antonio, the Butthole Surfers holed up in the now-defunct Boss Studios, across from Kiddie Park on Broadway, that odd staple of San Antonio childhood. Across the street from the merry-go-round and birthday parties, the Butthole Surfers laid down the boisterous sax solos and infernal language that would become their debut, self-titled EP.

Unfortunately for Leary and Haynes, Biafra's promise to press their record was an empty one. Without money to buy back the tapes from the studio, the EP sat in the can. Unfazed, the Butthole Surfers recorded a live effort, the PCPPEP EP, at The Meridian in San Antonio. Featuring most of the tunes from the self-titled EP, the live set is a train wreck in motion, with Leary's frayed guitar rocking off the rails, the rhythm section chugging forward and Haynes, on sax and megaphone, acting as the howling conductor.

By this time, the Butthole Surfers gained a reputation in independent music scenes across the U.S. as a drug-driven, avant-punk circus. Visual aids to the spectacle included nude dancers, strobe lights, dry ice and medical film reels worthy of the Strange V.D. gross-out zine.

In addition to the skeleton-smiling drummer King Coffey, the band picked up Teresa Nervosa as a second percussionist. Wily and wiry, you may know Nervosa as the Madonna Pap Smear Kid from Richard Linklater's Slacker. "It was definitely fun to behold," says Leary. "When King first joined our band, he didn't have much in the way of a drum kit. He had a snare, a couple of toms, and a cymbal. Having the second drummer really took that concept to the next level."

In Detroit, their admirers included Corey Rusk of the Necros, who ran the Touch and Go label. For the next few years, Touch and Go would be a one-stop shop for the Butthole Surfers: a base, a bank, a bailiff. And from '84 to '88, the label housed Psychic... Powerless... Another Man's Sac and the Surfers' three following records.

For the cover of Psychic... Powerless... Another Man's Sac, Leary and Haynes returned to their Strange V.D. roots. Two pictures from a skin disease textbook are doodled over in hot pink and gross mantis green. The dude in green tries to give a good tonguing to his turtlenecked friend, inviting us in with a bony peace sign.

Inside, the Butthole Surfers released a tidal wave of obscene punk, sounding like they tried to break their instruments and then make songs in the aftermath. The opening "Concubine," sets off on an uneasy foot, refusing to take shape in song form. The ten following songs reveal themselves a little more clearly, though they're far from a unified style. From the swill-drunk "Woly Boly" to the proletarian jam "Dum Dum," the paranoid groove of "Cherub" to the drug roadtrip "Mexican Caravan," PPAMS dances between forms. "We were always into doing different styles of music," says Leary.

Haynes' lyrics certainly stay close to the carnival images of Burroughs. On "Negro Observer," as the band blasts through a detached post-punk riff, Haynes sings in a sardonic cackle: "Dropping down in low-rider cars / from Pluto, Venus and Mars / Negro Observers are counting heads in singles bars!"

After the slight success of PPAMS, the Butthole Surfers toured their acid-fried asses off in their day-glo '71 Chevy Nova, building a solid following along the way. "We gained an audience," says Haynes. "By the end of the 1980s, we were the top-grossing independent act on the road, which got the attention of major record labels."

With a weird combination of performance art and apocalyptic punk, PPAMS set the Butthole Surfers on the road to be the shock and awe act of the American underground. "I remember one early morning back in '91," says Leary. "I had gone to sleep with the TV on, and woke up at 2:30 in the morning to blaring sounds and flashing lights coming from the TV. There was fire and smoke and strobes and film images, and tortured music.  I watched in amazement for a minute thinking, 'Now this is what a rock show should be like,' then realized it was us. That was just the way we liked it."