After a year’s hiatus, the Amazing Acro-Cats are back on the road — bigger and better than ever. Under the guidance of troupe leader and trainer Samantha Martin, the housecat circus act tours the nation with a show that features feline feats of acrobatic prowess. Martin trains all the cats in the troupe with the positive-reinforcement method of clicker training, working with each cat to find his or her intrinsic talents. Each show begins with a series of circus-themed tricks, from riding a skateboard to jumping through impossibly small hoops, and ends with a performance by the Rock Cats, whose sound skews toward the “anarchic” and avant-garde, according to past reviews. While part of the draw of the Acro-Cats is the novelty that notoriously hard-to-train felines are performing on cue, the “Amazing” in the troupe’s name has not been unearned. On top of the ensemble’s successful touring show and many television appearances, in 2014 dilute calico Alley scored the Guinness World Record for the longest leap by a cat by crossing six feet in a single bound. Of course, that doesn’t mean the performers always hit all their marks. A hallmark of the Acro-Cats is the inevitable diva meltdown, sometimes playing out as a refusal to leave the carrier, or the sudden desire to do a bit of crowd work as a flash of fur darts into the audience seating. Martin always rolls with the punches, able to adjust the performance as needed when the cattitude gets turned up to eleven. As with any ensemble of performers, the group’s makeup changes as time goes on. This year, the slate of Acro-Cats includes a lot of young blood seeking to make their claw marks on the world. Keep an eye out in particular for twin tabbies Roux and St. Claude, who are in the midst of their rags-to-riches story. Abandoned in a box with their siblings, Martin discovered the two when she fostered their litter. The twins have a particular affinity for performing tricks together, and their hearts are set on careers on the silver screen. With so much film and television production now based in their home state of Georgia, we may be seeing a lot more of them in the future. What allows Martin to continue to develop new talent is her commitment to cat rescue work in addition to the Acro-Cats’ demanding performance schedule. Fosters even come on tour with the troupe — everyone famous needs groupies, after all, and some even get the chance to perform. The Josephine Theatre has welcomed the Amazing Acro-Cats back with open arms for their return to San Anto at the end of the month. They’ll only be in town for three days, so if you’re looking for some feline fun, be sure grab your tickets before the circus leaves town. 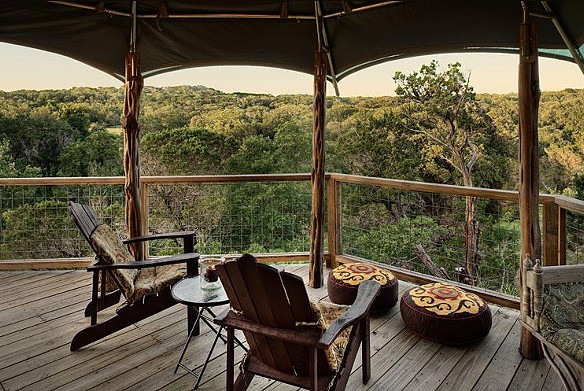