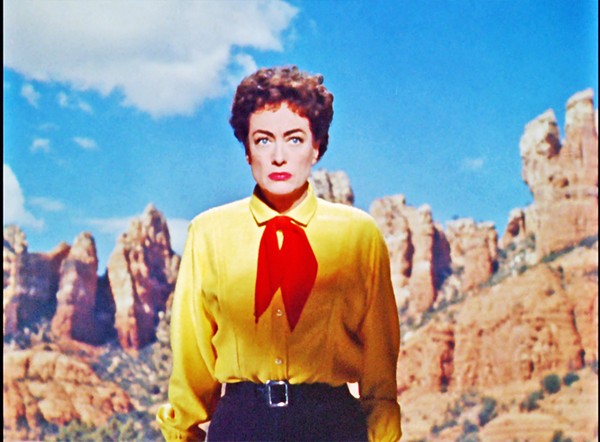 Nearly a decade before her epic feud with Bette Davis came to a head during the filming of Whatever Happened to Baby Jane?, San Antonio native Joan Crawford was tangled up in a rivalry with Mercedes McCambridge, her co-star in the cult classic Western Johnny Guitar. Panned by American critics but appreciated in Europe, the 1954 film stars Crawford as Vienna, a gun-wielding saloon owner who finds herself at war with a posse of townsfolk (led by McCambridge’s character, Emma Small) after bedding down with suspected bank robber Dancin’ Kid and getting behind plans to run a railroad through their dusty Arizona town. Although Vienna’s allegedly hot for the title character (a guitar-carrying gunslinger she used to date), there’s arguably more sexual tension between her and Emma. As the story goes, Crawford flew into a drunken rage one night after filming, raided McCambridge’s dressing room and scattered her costumes in the middle of a nearby highway. The following day, Crawford demanded major script revisions that brought Vienna and Emma’s duel to the forefront in lieu of a traditional climactic brawl between the two male leads. Combine this gender role reversal with Vienna’s butchy getups, bitchy dialogue, a stylized color palette and music by Peggy Lee, and it’s no wonder that Johnny Guitar is a favorite among LGBT audiences. Viewers with a keen sense of Hollywood history may also notice fairly blatant references to the House Un-American Activities Committee’s witch hunt for communists in the arts (the screenplay was ghostwritten by blacklisted Ben Maddow). 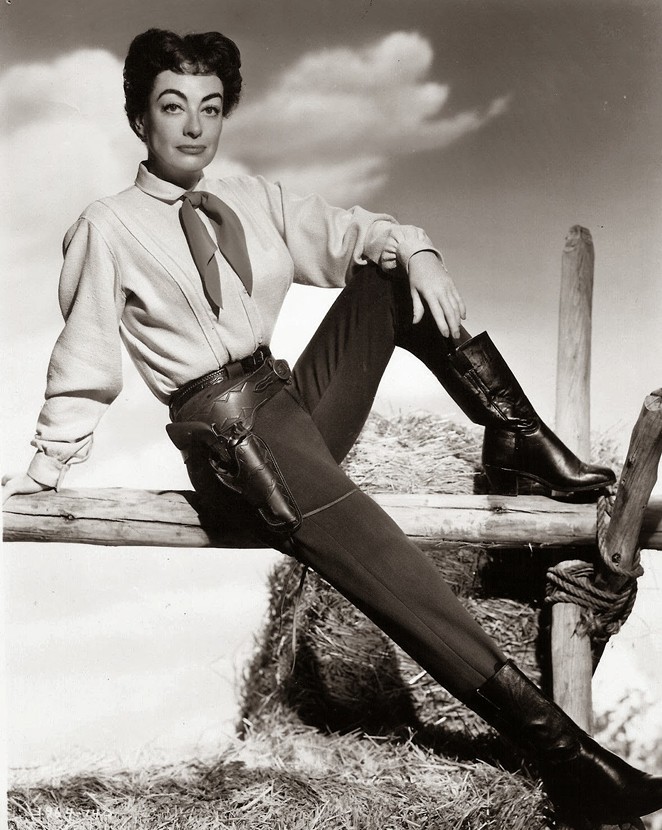 Described as the “Beauty and the Beast of Westerns” by famed French film director François Truffaut and “one of the boldest and most stylized films of its time, quirky, political, twisted” by Roger Ebert, Johnny Guitar kicks off the Briscoe’s Women of the West film series, which continues monthly through August with outdoor screenings of Cat Ballou (June 20), Meek’s Cutoff (July 18) and The Homesman (August 15). Free, 6:30pm Tue, May 16, Briscoe Western Art Museum, 210 W. Market St., (210) 299-4499, briscoemuseum.org.