The Day Chile Said 'NO': How a dictator made it to the Oscars 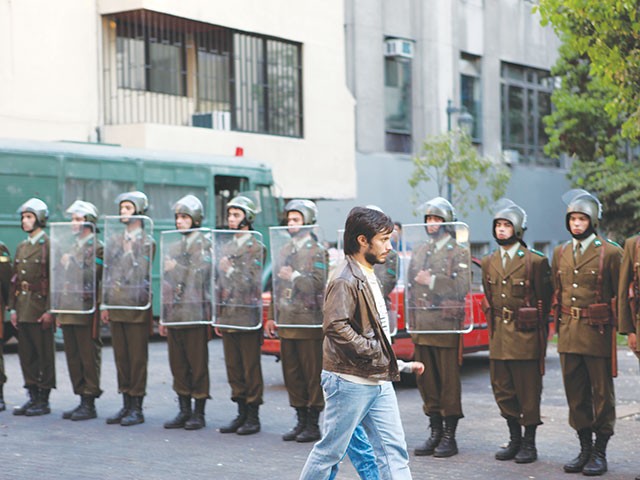 For Chileans and those active in the Latin American left, September 11 took place not in New York in 2001, but in Santiago in 1973.

On that day, and with the support of the U.S. government, General Augusto Pinochet (Chile’s Commander in Chief of the Army) bombed the hell out of the presidential palace with Socialist (and democratically elected) president Salvador Allende inside. The president preferred to kill himself rather than turn over power to the military. It was the beginning of a bloody military dictatorship that left at least 2,095 dead and 1,102 desaparecidos (missing).

Pinochet, like any good dictator, was a polarizing figure. For some, he stopped the spread of communism and gave stability back to Chile. For others, he was a murderer (count me in the latter group). In 1988, a confident Pinochet called for a national referendum: Vote ‘Yes,’ and the military will become legitimate and continue in power for as long as they see fit; vote ‘No,’ and the dictator and his army pack their bags to head back to the cuarteles.

No, based on the play El Plebiscito by Antonio Skármeta (who wrote the novel that inspired Il Postino), is a gripping and often funny take on how Chileans were able to use TV to achieve the unimaginable — getting rid of one of the world’s most powerful dictators without firing a shot.

The film centers around René Saavedra (Mexican star Gael García Bernal), an ad executive who plans the TV campaign for the ‘No’ vote and uses his imagination to go toe-to-toe against the much better financed, but totally cheesy, government campaign. It is an entertaining and surprisingly even-handed take; the movie never strikes a preachy tone and is not really about Pinochet, in fact, but about the power of advertising and how images can change history. The TV ads and the movie itself were filmed in low definition, matching late-’80s technology.

Oscar-nominated No also confirms García as the Lon Chaney of Latin American accents. He already nailed a dead-on Rosario, Argentina accent as the budding Che Guevara in Walter Salles’ The Motorcycle Diaries (2004), and now delivers a subtle but accurate Chilean inflection, no easy thing to do.

The creative production and inspired casting create a smart, enjoyable ride, especially for those close to the story.