The Genius of Reba Vol. 1 or Adventures in the Progressive Politics of Country Music 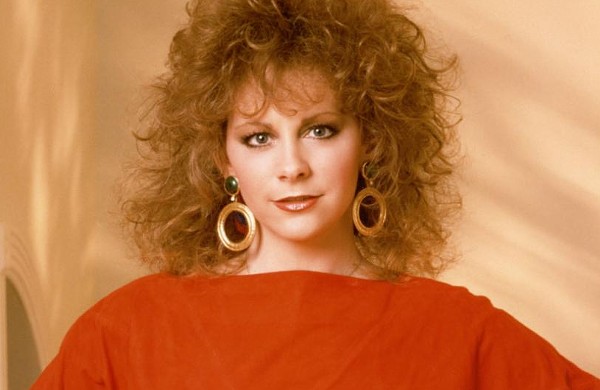 Courtesy
Righteous Reba
For the inaugural edition of The Genius of Reba, a series that can only grow with the respect and adoration of the redheaded jackie-of-all-trades — as this blog seeks to do, in a mature, sophisticated way that only an internet forum can provide — we will be viewing "Fancy" from her fifteenth studio album Rumor Has It. I will be enumerating not only the genius behind the composition, it's heart-string-tugging lyrics and lightning-and-thunder arrangement, but the rags to riches bravado and sass of the corresponding video.

This thesis will be better served if we first partake of the Citizen Kane of country music videos that is, "Fancy," or "Fancé," in French.


So, where was our ginger Okie, personally, when she released this tawdry tale of inexplicit sexual solicitation and comeuppance (which is not a sexual thing)?

Coming off of a divorce from real life cowboy and rodeo steer wrestling champ Charlie Battles in '87, 1990 saw the birth of her first child -  a boy named Shelby - with her new manager-husband, Narvel Blackstock. Having just spawned a precious angel-baby of her own, the maternal dynamic of "Fancy" must have struck a resonant chord with the new mommy.

The lyrical content is where the real story unfolds, naturally. The fecundity of the melody, to make no mention of the rip-roaring line "I might have been born just plain white trash but Fancy was my name!" or the plain speak of the choruses cry, "Here's your one chance, Fancy, don't let me down!" is so potently empowering it could make Oprah hoot and/or holler. After all, what we're dealing with here is a mother, so poverty-stricken and in dire and deteriorating health that she encourages her daughter to do unnameable things in an effort to rise above her raising.

youtube
Mama, all sick and tired of being sick and tired
Fancy's story is one that many Americans know all too well: the marginalization and depressing nature of poverty. It resonates in the lines, penned by Bobbie Gentry of "Harper Valley P.T.A." fame, "I remember it all very well looking back it was the summer I turned 18/we lived in a one-room rundown shack on the outskirts of New Orleans/We didn't have money for food or rent to say the least we were hard pressed/and mama spent every last penny we had to buy me a dancing dress." In regards to her anthem to female empowerment Gentry states, "'Fancy' is my strongest statement for women's lib, if you really listen to it. I agree wholeheartedly with that movement and all the serious issues that they stand for — equality, equal pay, day care centers, and abortion rights." She made this statement in 1969. As a country music singer.

The dichotomy of a mother - the historical keeper of all things chaste, pure and innocent in her offspring - imploring her sexually developing daughter to seek not love or passion in the arms of her anonymous gentlemen suitors ("just be nice to the gentlemen, Fancy, and they'll be nice to you") — but to do it as an escape from economic duress — is a page right out of the Patti Smith or Kathleen Hanna handbook on sexual liberation and prostitution as simple, economic exchange, rather than deplorable, embittered whore-work - minding the historical, religious guilt placed upon purveyors of the oldest profession on Earth. And people call country music conservative!

In today's vernacular, "Fancy" is about slut-shaming. Although it never states directly that Fancy turns tricks, exchanging sexual favors for her "Georgia Mansion and an elegant New York townhouse flat," she does describe charming a king, a congressman and an occasional aristocrat, the very "self-righteous hypocrites that call (Fancy) bad, and criticize mama for turning (her) out no matter how little (they) had." These custodians of public opinion man the helm of their respective countries all the while engaging in questionable sexual practices with barely legal courtesans, a further critique of the inequalities of social status and the wealth that buys said status, the very wealth that Fancy's mother implores her to crave and achieve!

The face of a pimp?
"I knew what I had to do but I made myself this solemn vow/That I's gonna be a lady someday, though I don't know when or how/I couldn't see spending the rest of my life with my head hung down in shame/ you know I might have been born just plain white trash but Fancy was my name."


The complexities of becoming a "lady" in a society whose economic inequities often force women into the stressed duality of the suffering Madonna or guilt-ridden, shameful whore, and the eloquence of Gentry's portrayal of a young woman who refused to be held back by the prejudices of others - especially when those prejudices feed the very inequalities they stem from - is an incredibly multi-faceted and complex look at the composite of personal politics that we all must choose to govern our own lives and decisions. Thanks, Bobbie. Thanks, Reba.