The Home Vidiot: January videos bring a dose of strangeness to awards season

As the awards season builds steam, two January video releases hope to be top contenders: David Fincher's thriller Gone Girl, with Ben Affleck as a man who looks guilty as heck when his wife disappears, and Richard Linklater's Boyhood, with Ellar Coltrane as a Texas boy whose childhood disappears over the course of 12 years of filming. Ethan Hawke and Patricia Arquette play his parents in one of the best-reviewed movies of 2014.

Others movies sneak under the radar. A successful campaign to release Bong Joon Ho's uncut Snowpiercer in U.S. theaters led to DVD and streaming at the end of last year. Based on a French comic with one of the most literalized metaphors possible, it places humanity on a worldwide train plowing across a frozen Earth, tracking a violent odyssey from the dark, grimy, underclass cars through dazzling cars of plenty. Chris Evans, Tilda Swinton, John Hurt and Ed Harris are on this jam-packed ride to nowhere happy.

Hurt's character is named Gilliam—a nod to the frantic imagination of Terry Gilliam, whose The Zero Theorem also stars the wiggy Swinton while Christoph Waltz's computer programmer goes nuts. Scheduled for the end of January, this film hasn't received glowing reviews and yours truly hasn't seen it yet; however, the law requires Gilliam to receive a cultist's consideration. 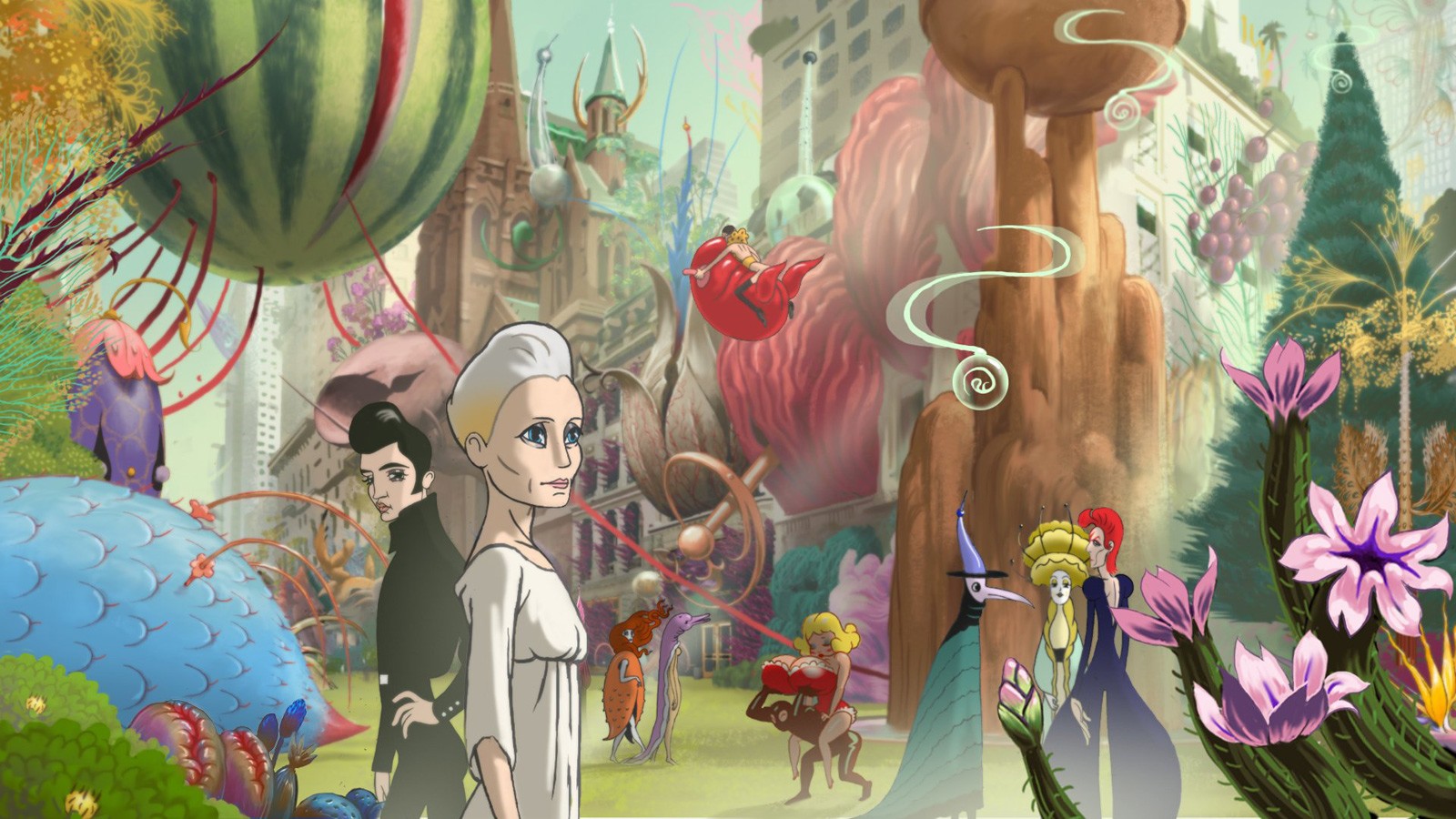 Every dystopia needs its revolution, no matter how problematic, and another crops up in Ari Folman's The Congress, based on a Stanislaw Lem novel revised from communist satire to Hollywood capitalism. The first 45 minutes have characters explain the concept to each other: Robin Wright (as herself, allegedly a self-destructive has-been) will be scanned for computer-generated movies while she retires. Sounds like a deal. Then we get to the dazzling part in a "restricted animation zone" (like Roger Rabbit), all mod designs and retro rubberized figures. It holds together best as a crazy jumble.

Dressed up like a ghost story, Alejandro Hidalgo's surprising The House at the End of Time (La casa del fin de los tiempos) takes its sweet time unwinding in a seemingly random manner between ooga-booga moments, slipping between what happened 30 years ago to a housewife and the fact that she's now an old woman under house arrest in that same odd mansion. Then an amazing third act reveals how carefully constructed the whole thing has been.

Jean-Paul Salomé's Playing Dead (Je fais le mort) is a light amusement of slapstick, romance and murder based on a French judicial procedure of re-enacting crimes. When an annoying method actor gets such a job, he makes a pest of himself as he begins to question the court's conclusions about a triple murder in a mountain village.

Kinoshita and World War II showcases the early work of Keisuke Kinoshita, a director admired in Japan but hardly known here. The first four films were made under censorship that required piety about the war effort. Even so, he creates ambiguity and subtlety out of the conflicting sentiments of ordinary people. For example, Port of Flowers has two conmen changing their minds about fleecing a village after Pearl Harbor gives them a dose of patriotism, but they can also be seen as selling the war to gullible people.

Undermining its title, Jubilation Street is full of angst, while The Army got the director in such trouble that he wasn't allowed to make more movies during the war. It ends with an epic sequence of a mother running against the crowd to bid a painful farewell to her son, in refutation of her dialogue about cheerfully giving him to the empire.

After the war, Kinoshita conformed to the censorship of U.S. Army occupation, which he didn't mind so much. Morning for the Osone Family is his statement on the hardships created by war, symbolized by an overbearing uncle.

Criterion releases bonus-packed editions of Rainer Werner Fassbinder's The Bitter Tears of Petra von Kant and Preston Sturges' The Palm Beach Story, practically the same movie. Well, both are beautiful fits of love's madness. Fassbinder's is a grueling, claustrophobic, lovingly stylized gut-wrencher about a break-up between women, while the divorce at the center of Sturges' manic comedy is all madcap nonsense. Claudette Colbert divorces hubby so they can marry millionaires and solve all their problems! Blissful insanity ensues.

Making its video debut at last is Guy Maddin's My Winnipeg, a gorgeous, mytho-biographical "docu-fantasia" on this Canadian oddball's hometown, and one of the last decade's most original and personal films. Is Winnipeg really the sleepwalking capital? Do they really stage a Golden Boy pageant? Are horses really frozen in the river? Maddin's exquisitely styled absurdism would be empty quirkiness if he didn't expose real depth of feeling under the facetious mask, but he does so it's not.