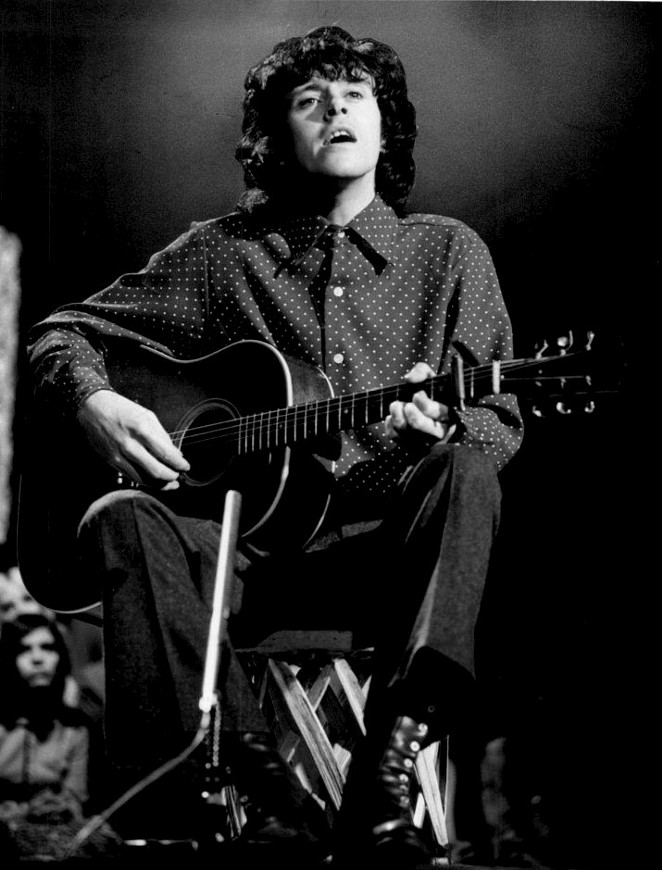 Although art school had sparked his interest, a young Donovan Leitch found himself ready to drop-out. It wasn't a decision based on sloth or a lack of creativity, but rather a desire to hit the road for a bit of adventure.


Donovan's songwriting would flourish from those bohemian origins, starting with his 1965 debut album, What’s Bin Did and What’s Bin Hid. After the release of his followup Fairytales that same year, the English press started to compare, contract, and even hint at a rivalry between Donovan's style and what Bob Dylan was making across the Atlantic. Sure, both songwriters shared a fondness for traditional American folk heroes like Woody Guthrie. As you can see in the film Don't Look Back, which documented Dylan's first three-week tour through England in 1965, the contrived rivalry certainly started to irk him. But Dylan's curiosity was piqued, a meeting was arranged between the two musicians, and soon Donovan and Dylan were strumming songs for each other.

Donovan and Dylan's musical paths would diverge as the hippie movement and its accompanying flower power spirit blossomed into 1966's mainstream culture seemingly overnight, spurring changes to Donovan’s writing, sound, and production. You can hear it clearly in his third studio album, Sunshine Superman, released just a year after the Dylan meeting. Branching into the realm of the psychedelic, Donovan blended percussion, sitar, electric guitar, mystic imagery, and Eastern philosophy with his music and lyrics. His appearance even started to morph from the road-worn stylings of a beatnik folk singer toward the exotic and vibrant colors of the emerging hippie movement.


It's remarkable not only that Donovan reinvented himself in such a short period of time, but that his evolution led to a truly unique fusion of styles — folk, jazz, psychedelic rock. All of which, of course, made him the undisputed icon that he is today.

At the Carlos Alvarez Studio
Inside the Tobin Center