The Mayoral Horse Race: Slow going for the ponies 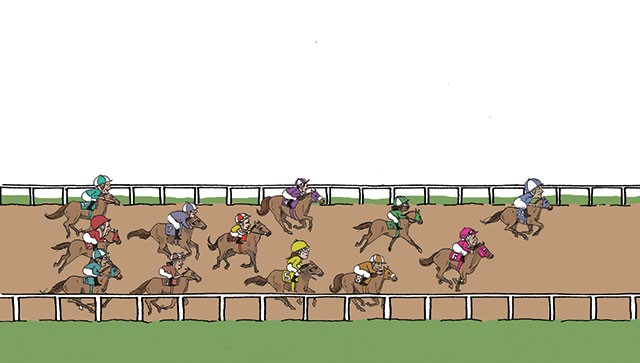 Maybe it’s the calm before the storm, but about the only movement in the race for mayor was a vote on the process to select an interim mayor as presented by City Attorney Robbie Greenblum. That process starts as soon as Mayor Julián Castro is confirmed by the U.S. Senate, after which council members can put their names in the hat, so to speak. While we won’t see all the drama of a papal selection, complete with members cloistering into a room and the crowd waiting for white smoke, the voting could be just as dramatic. Taylor continues to be the odds-on favorite, mostly due to her desire not to run in 2015. Both Lopez and Nirenberg have been lobbying the fourth floor pretty heavily, wanting to enter the 2015 election with the title of mayor. The outliers are still State Rep. Mike Villarreal and County Commissioner Tommy Adkisson, both waiting for the outcome of the interim election. One thing I noted in a blog entry recently was that if Lopez or Nirenberg does get the interim nod, it could jeopardize Villarreal’s chances of making the top two in a runoff next year, something the LGBT community might not have been expecting.