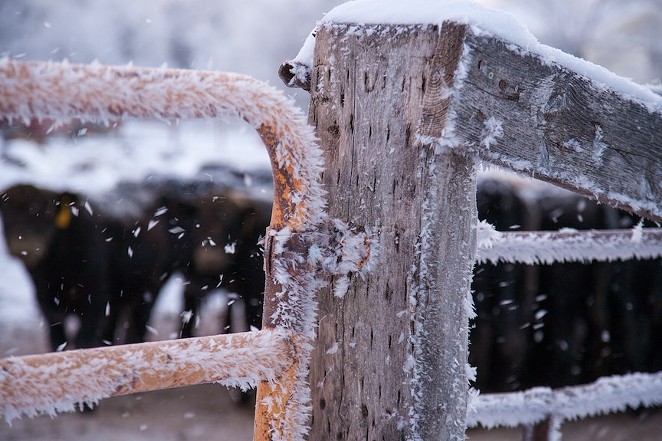 Unsplash / Scott Ymker
We understand that in the current political environment it can be really tough to tell the difference between real news stories and satire, which is precisely why we're letting you know that the Mendoza Line is a weekly work of satire.

In a weather manipulation move of biblical proportions, God plummeted Texas temperatures to record lows in a bid to halt the spread of COVID-19 during the San Antonio Stock Show & Rodeo.

Using his miraculous powers, the Almighty dumped 3-5 inches of snow across San Antonio and the Hill Country, forcing rodeo organizers to delay some events. The rodeo was expected to draw 56,000 people over two weeks amid a pandemic that's so far killed tens of thousands of Texans.

“I just had to do something. Apparently, some of those I made in my image either didn't have the smarts or intestinal fortitude to make a tough call,” He said. “It seems every time the infection rate starts to drop, people get lazy and figure they can cut corners. If they do it with the stations of the cross, I guess they'll also do it with the pandemic.”

Jehovah expected the postponement of Fiesta and the cancellations of the Fort Worth and Houston rodeos would have provided ample clues that San Antonio rodeo officials should do the same.

“The San Antonio Stock Show & Rodeo is a distant fourth behind those other three events,” He said. “It’s like a really big county fair. You think they'd appreciate an excuse not to bother with it for once.”

The last straw, Adonai said, came a little more than a week ago when He was watching a KSAT news report about the steps rodeo organizers were taking to combat the spread of coronavirus. The official speaking to the media wasn't wearing his mask properly in the video clip.

“Look at this fricking guy, it's down below his nose,” the deity said. “How do you expect them to keep the public safe if the person speaking for the organization can’t even wear a mask the right way? I had to step in.”

Yaweh added that he understands how hard it is for Texans to handle a winter storm but promised to keep it short.

“People need to understand, I never did that 40 days and 40 nights thing,” He said. “That was for a guy named Gilgamesh. Wasn’t me.”