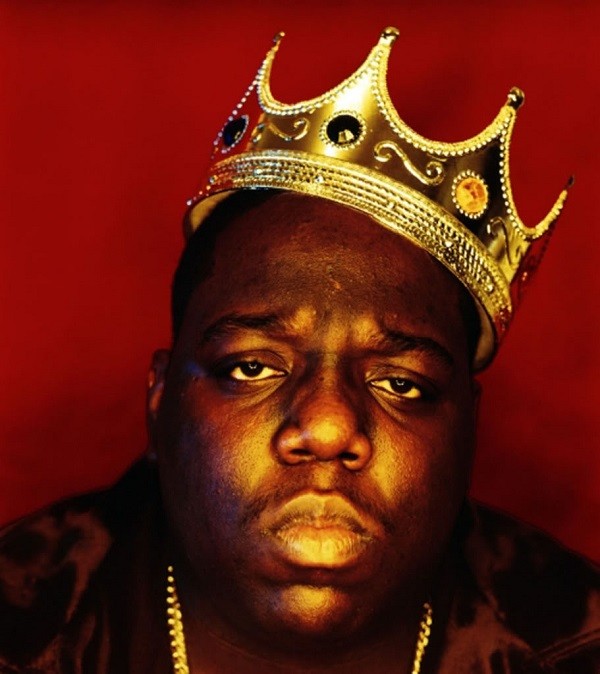 Photo by Barron Claiborne (from thesource.com)
Biggie Smalls: the once and future king of rap.
"It was all a dream..."

Thus begins "Juicy," the 1994 debut single from The Notorious B.I.G. And, with the exception of a few choice features that preceded this smash hit, thus began the man's short but singularly influential career in hip-hop. Today, on the occasion of the 20th anniversary of his murder by a still unknown assailant, we salute the massive talents of the man known the world over as Biggie.


While debates about who is the Greatest Rapper of All Time (GOAT) are part of the very substance of hip-hop itself, and thus will never be definitively settled, I submit to you that, quality for quality, Biggie was, is, and always will be the GOAT.

Now, before anyone has a conniption talkin' bout 2Pac this or Nas that, Rakim this or Big Daddy Kane that, let me explain. Biggie, the King of New York, is the rapper for all times. When he came out, in the midst of the gangsta rap boom (first largely dominated by West Coast rappers), Biggie had it all: the kick back raps and earnest struggle rhymes of 1980s rap, the drug dealing/gun blasting tropes of gangsta rap, the effortless command of internal rhyme, wordplay, and metaphor that so many are still trying to master, and an imaginative grip on pure storytelling that is unrivaled by anyone since or before.

This multi-dimensional combo of subject matter, styles, and skill sets is at the heart of Biggie's staying power and the reason he is the GOAT. Let's think in terms of albums for a moment. Biggie only released two actual studio albums: 1994's Ready to Die and 1997's Life After Death. Since both of those albums are indisputable classics, game-changers in their time, one might say that Biggie has a perfect slugging percentage, to borrow a term from baseball. Just for the sake of comparison, 2Pac released five proper albums in his career, but only two of them (arguably three) are particularly memorable, even for devout hip-hop heads. In just two albums, Biggie left an imprint on hip-hop that even the best rappers couldn't match with two or three times the output.

At this point, those in agreement with me would typically cite the booming smoothness of Biggie's flow—he's just so enjoyable to listen to—or his uncanny dexterity and playfulness with language, or the crucial impact of particular songs like the aforementioned "Juicy," or "Big Poppa," or "Warning," or "Everyday Struggle," or "Hypnotize," or "Sky is the Limit"—but I'd like to call your attention to a few less popular songs that highlight Biggie's single greatest achievement in hip-hop: his storytelling.

There are three tracks on Life After Death (which was released shortly after Biggie's death) that perfectly showcase his prowess for storytelling and complete my argument for his GOAT status: "I Got A Story to Tell," "N***** Bleed," and "Ten Crack Commandments."


These deep cuts are remarkable for their range, for the technical rap agility that they showcase, and for the depth of the stories they tell. One of the best things about these tracks, and a major part of why I consider Biggie the GOAT, is that they seamlessly meld fact with fiction.

Sure, they are gangsta stories and likely imbued with certain elements of truth, but they are also crafted cinematically, with an obvious element of pure fiction. Biggie was great at this. He understood, as Jay Z discusses in his book Decoded, that being a rapper is about becoming a persona, putting on a show, thrilling a crowd. He's not unique in this, of course, but his ability to move in and out of character, through the course of an album or even a song, to play multiple characters or come at his subject matter from multiple viewpoints simultaneously, is unparalleled.