The 20 Most Captivating People in San Antonio This Year 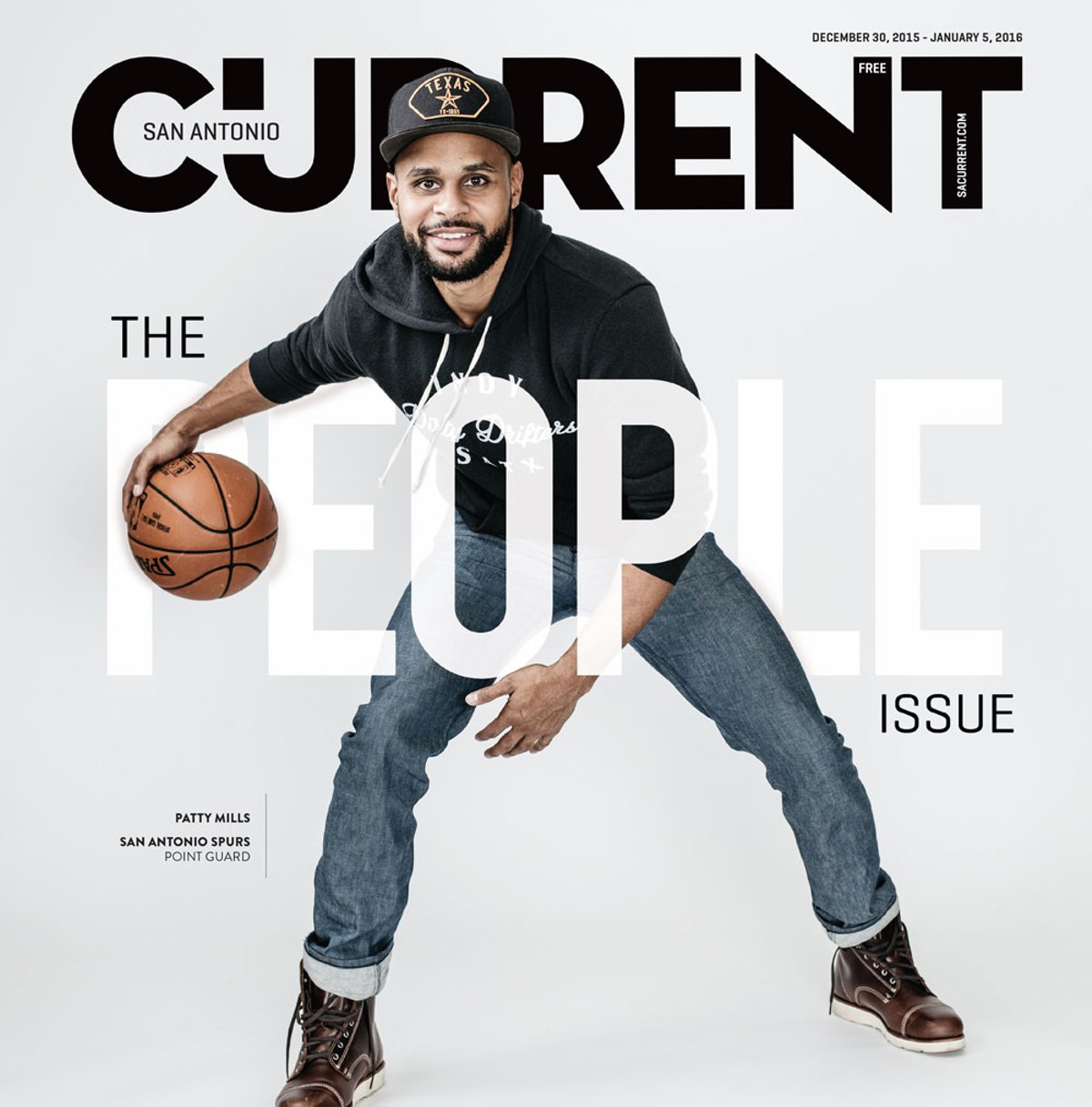 Photo package below via Josh Huskin

In a city of over 1.4 million people, picking out 20 for pretty much anything is a tall task. But that’s what we’ve done for the San Antonio Current’s first-ever People Issue — selected 20 folks doing captivating work in the Alamo City. Getting down to 20 made for some tough choices. But we think our final list — which includes artists and activists, a chef and a Spur — represents the diverse makeup of the city itself. Some of them inspire us, some entertain, some make the city go. All of them help make San Antonio what it is. 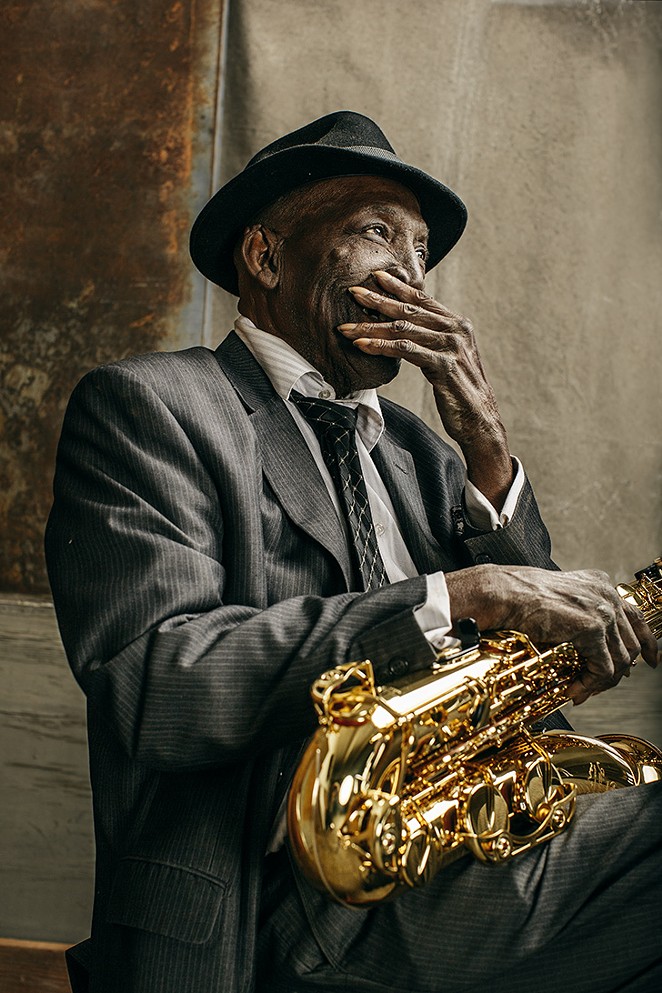 We don't have Etta or Aretha. Nor do we have Jimi or Jackie. No Brother Ray, Otis or James. We can't claim Elvis, Chuck or Richard. We can't brag about B.B., Muddy or Wolf. We do, however, have Spot.

"There's no spots on Spot," said early Spot Barnett disciple and collaborator Augie Meyers, who, along with a young R&B-loving gringo named Doug Sahm, used to sneak into various "black and tans" to see Spot pull the pain and passion, articulations of the human spirit, from his saxophone.

If San Antonio had been home to more popular, wealthier record labels we may be listed alongside Memphis, New Orleans, Detroit and Chicago as one of the hotbeds of American musical activity in the 20th century. However, our little-big city modesty has kept us from being cited with these historic metropolises, and it's to the detriment of many of our incredible musicians that this is so.

Barnett, as a son of San Antonio and one of its most revered musicians, is not only competent in many of the styles that drift from saloons and cantinas, night clubs and taquerias out into the corpus of the city, but he's a master, and he has the credentials to prove it.

Barnett was SA's premier bandleader throughout the '50s and '60s. He was also the bandleader for a couple of artists by the names of Ike and Tina Turner, a member of Ray Charles' band, backed up James Brown and worked extensively with the depressingly under-mentioned Bobby "Blue" Bland.

We may not be home to the Mount Rushmore of rock figures who, through exhaustive praise, press and promotion rule the reams of American musical history, but claiming a musician the caliber of a Vernon "Spot" Barnett is just fine by me. 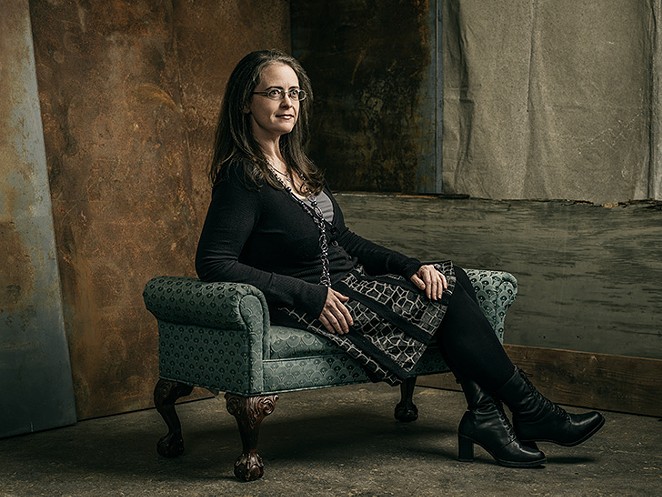 While recovering from a back injury and finding work through a temp agency, Melanie Cawthon discovered the world of nonprofit work. “I’d been in catering prior to that … and they placed me at nonprofit and ministry of the church I grew in,” Cawthon said.

That was the late ‘90s. Fast-forward to 2015, and she is vice president of outreach and development at Reaching Maximum Independence (RMI) — an organization that helps people with intellectual and developmental disabilities work and live as independently as possible.

“I do fundraising and development and event planning,” Cawthon said. She is also co-founder of AccessAbility Fest — a free, open festival created for people with all disabilities — and disABILITYsa.org, an online one-stop website for sharing info, resources ideas and support.

Cawthon’s been with RMI for four years, but has learned the finer points of helping people from an array of populations, including child services, homelessness and child sex abuse, but her greatest passion is working with people who have disabilities.

“One of the things I love about working with individuals with disabilities is the infectious joy that they have and everything that happens is wonderful and amazing,” she said. “And it just kind of teaches you a significant level of gratitude for everything you have for yourself.”

Cawthon also tries to break down barriers by bringing different organizations together to serve people of all types of disabilities, rather than focusing in on one area, like a physical disability.

“Because, you know, most organizations’ operate in silos. So to take on a project that benefits the entire community is sometime outside the scope of some organizations traditions,” she said of AccessAbility Fest and RMI’s Fiesta Especial.

“It’s a great pleasure and honor to be able to serve my community by making sure they have resources they need to achieve those goals and successes,” Cawthon said. 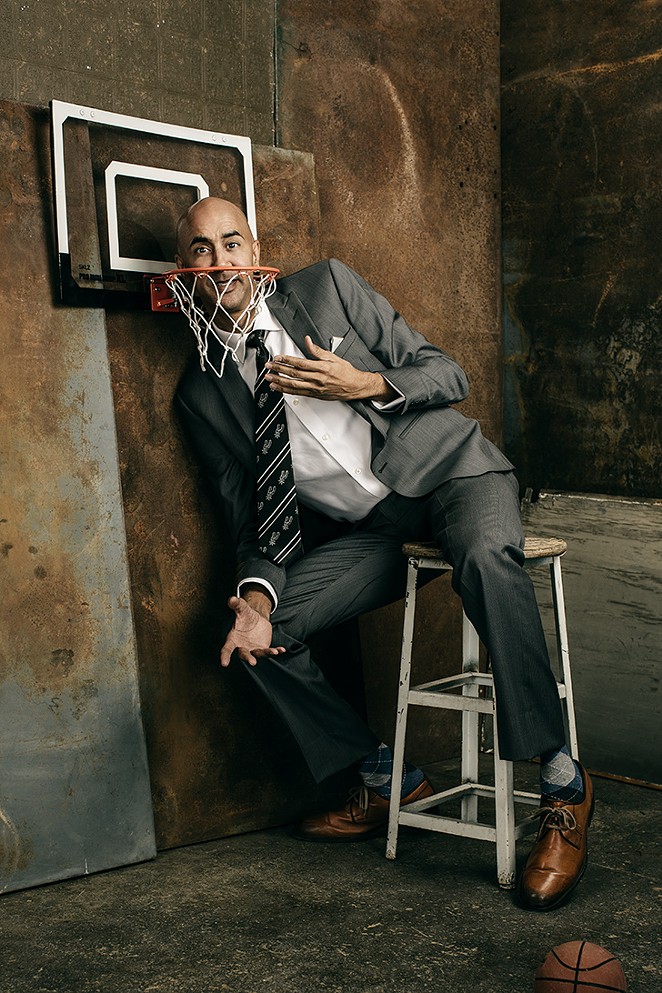 If you’ve been to a Spurs game anytime over the last eight seasons, you’re probably familiar with Chuck Cureau. At a svelte 6-foot-2-inches with a self-described “light bulb-shaped bald head,” the in-arena host for the Spurs leaves a lasting impression. A bundle of energy that embraces challenges, Cureau even filled in as the PA announcer for the team in his rookie season, despite knowing little about basketball.

“I remember sitting down there, courtside, dead center, sweat just pouring off of me,” said Cureau with a chuckle. “I was just scared to death.”

Cureau eventually transitioned to the position he was originally hired for and has entertained fans ever since. His basketball acumen has grown over the years, and along with the Coyote and DJ Quake, he puts forth his best effort to energize the home crowd.

“Probably an hour before the game, I will walk around the AT&T Center,” said Cureau. “Walk the plaza level, sometimes walk the balcony level and just kind of look at the crowd … Those are the people that I’m there to hype up and ensure that they have a good time.”

A modern day Renaissance man, Cureau has acted alongside Academy Award winner Kevin Spacey, and holds down a full-time job as a curator for SeaWorld in addition to his duties with the Spurs. Despite a packed schedule, it’s obvious the Silver and Black hold a special place in his heart.

“What I hear from people who come to their first NBA game or who have come from other cities and experience our NBA game, people seem to be blown away with the game presentation and the show around the game,” said Cureau. “Of course, first and foremost it’s about the game of basketball and it’s about those players out their playing for our team, but I think it’s the whole experience. It’s a party in there.” 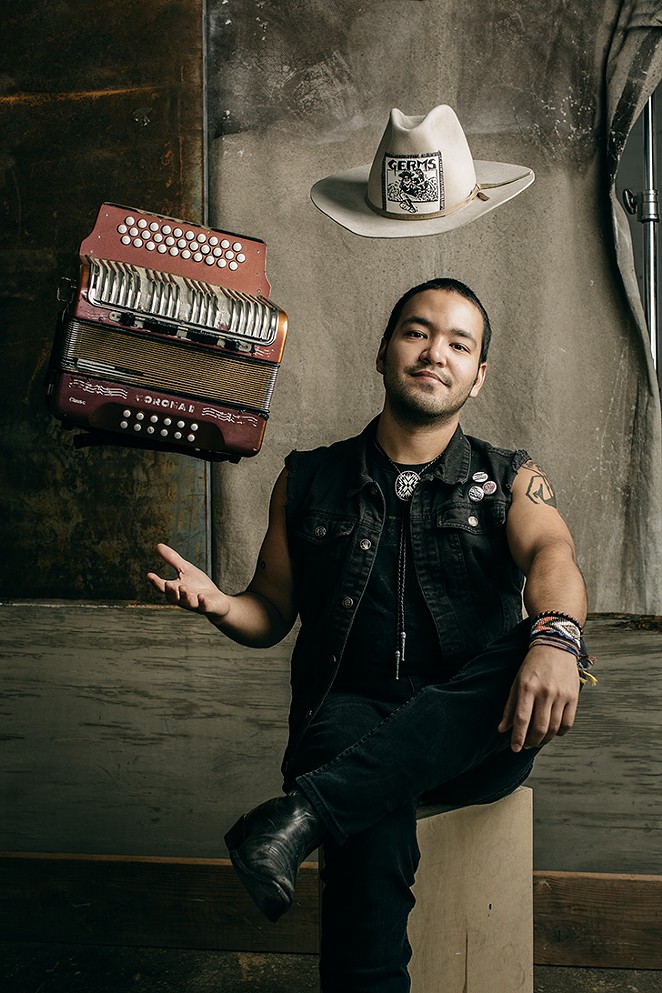 If singer, songwriter, accordionist and norteño-punk wizard Alvaro Del Norte were going to be made into a fictional lotería card, he’d be El Chingón (colloquial Spanish for “all around badass with an angsty streak”). As ringleader of the nationally acclaimed norteño, mojado punk band Piñata Protest, Del Norte has proven a gifted songwriter, a cyclonic and riveting performer, and one hell of an intuitive accordionist.

Piñata Protest, a local favorite since its inception in 2006, boasts its own Freetail-brewed beer and has increasingly garnered national attention with its 2012 and 2013 releases, Plethora “Reloaded” and El Valiente. Del Norte’s newish side project, Los Callejeros de San Anto, finds the punk rocker with the Tex-Mex swagger trying out more traditional, accordion-fronted borderland ballads and jams.

Born in Nuevo Laredo, Mexico, Del Norte and his family came to San Antonio as undocumented immigrants when he was four years old. One of his earliest memories is all too typical of the undocumented experience.

“One night, la migra showed up at our door calling out my mother’s name, asking us to come outside — someone ratted us out. My mom, brother and I hid in a closet, terrified, for what seemed like eternity. The loud knocking and shouting eventually stopped. This is my earliest memory of life,” Del Norte said.

Del Norte believes that growing up in San Antonio led him to dream up Piñata Protest’s signature fusion style. “I feel that both [punk and norteño] are musical styles that are expressions of the working class, of the downtrodden, of protest, of love, of celebration and of everyday life,” he remarked.

Luckily for Del Norte and the boys, San Anto agrees.

Elsa Fernandez takes nothing for granted. After running her own pop-up shop for three months as part of the Center City Development & Operations Department’s effort known as OPEN Downtown Pop-Up Shops, she signed a lease to make her store, Eye Candy Boutique at 531 Navarro St., a permanent part of San Antonio.

Eye Candy stocks clothes for plus-size women — a surprising anomaly since more than a third of the women in the country are considered plus-size. Now that Eye Candy is getting some good buzz and love from locals, she’s staying Downtown for the time being.

“It doesn’t feel real,” said Fernandez about her dream coming true. She has a bachelor’s and master’s in merchandising and has worked as a store manager and visual merchandising manager. When she was in school, perma-chic Fernandez, 32, created a business plan for a plus-size store. Last year, she went all in — she quit her job, created a business plan and sought financing. After a few events, she heard about the city’s pop-up program and applied. Eye Candy Boutique was born.

“I’ve learned a lot along the way,” she explained. “I’ve been listening to advice from other business owners and taking note of what I want to do and what I definitely don’t want to do. I did a lot of research before I ever opened the shop, and that’s really paid off.”

As a boutique owner, Fernandez wants to make her customers happy. “I have customers who come in asking for a dress for a quinceañera or a wedding, and I want to make them look their best.”

After Fernandez signed a year lease for the shop, she renovated and held a re-launch. The store now holds more of everything — from statement pieces for all sizes, to apparel for plus-size sets from street style to party wear.

“I never really stop working,” Fernandez said. “I want to keep the shop going and get more customers. My work isn’t done yet.”