Citizens concerned about CPS Energy’s proposed nuke-plant expansion outside Bay City have until April 21 to apply to participate in the formal hearing with the Nuclear Regulatory Commission. Even if you don’t live close enough to the site to get the special nuclear-emergency DIY flyers in your phone book, you might want to seek standing in the case before the 60-day petition window closes.

“There are cleaner, more affordable ways to generate electricity. Energy efficiency should be prioritized, not put on a back burner,” wrote Cindy Weehler of the Consumers’ Energy Union last week in a press release. “San Antonio has reduced energy use by 16 percent over the past two years. Why should we even consider antiquated reactors that could cost $17.5 billion and would leave radioactive waste for generations to come?”

The board of CPS Energy has invested $266 million in a site review and design process for the South Texas Project expansion and another $10 million to “explore” other nuclear options. STP partner Austin Energy declined to participate after it contemplated the financial risks and the additional toxic waste the project would generate. In a nod to the economy, the board of CPS is delaying its final decision until the fall.

Follow the instructions on the NRC Web site at nrc.gov/site-help/e-submittals.html and research the history of the existing STP reactors at NukeFreeTexas.org.

In other Texas nuke news, the Texas Commission on Environmental Quality granted Goliad residents a contested case hearing for Uranium Energy Corporation’s application to mine uranium in a local aquifer (read: freshwater source). A preliminary hearing will likely be scheduled in mid- to late April.

Over the weekend a new audience got a little better acquainted with Mayor Hardberger’s Mission Verde plan to make SA an international leader in pollution-free energy development, but the hot topic du jour at the Esperanza Saturday was the consistently scuttled federal efforts to put a pricetag on climate change. Out of the frying pan, into the fire: U.S. Congressman Charlie Gonzalez.

“He’s been very generous in letting us know what he believes the opposition to carbon emissions cuts will look like, but he’s not allied himself with that opposition,” reported Alyssa Burgin, local rep to the Austin-based Texas Climate Emergency Campaign. “He has spoken well about green technology and the future of Texas, but at the same time he hasn’t assured us of his vote.”

Event organizer Luke Metzger, head of Environment Texas, said that while Gonzalez “stated his support for more action on clean energy” several times at the gathering, his organization was “disappointed `Gonzalez` failed to take the opportunity to clearly declare his support for a strong, science-based cap on global-warming pollution.”

A call to the Congressman’s office yielded this manufactured gem:

“A market-based approach to limiting emissions has the potential to revitalize several large segments of our economy and improve our environment at the same time. When industry sees the incentives and revenue-potential of controlling pollution, the private sector will come alive with innovative solutions and we will see a surge in new, green-collar jobs.”

That “market-based approach” is supported by a network of environmental-law professors, who want to draw upon the success of acid rain cap-and-trade legislation from the Reagan era.

“The pollution control statutes that we enacted in the 1970s required the government to tell businesses exactly how to control their pollution. So regulators in Washington were writing commands to hundreds of thousands of sources around the country,” said Breaking the Logjam cofounder Richard B. Stewart, professor at NYU’s School of Law.

“Now that actually worked pretty well at the beginning. Action was needed … there were some pretty clear things, some simple things … We’re in a very different situation today. We’re getting down to the last little bit and that’s much harder to do.”

Stewart is right in line with what QueQue is forced to assume is Gonzalez’s position on this point. If we put a price on pollution and enforce it, businesses will figure out “the cheapest and more innovative ways to get the further reductions that we need.”

Of course, when it comes to CO2, the reductions needed are far beyond what anyone is even proposing, and while it’s good mental relaxation for some of us to imagine solar panels blanketing our local cityscape, it’s important to remember that until the coal industry is dealt with, there is no room for clean energy to flower.

That’s where many are expecting Gonzalez to lend a hand. He’s prized due to his seat on the House Energy and Commerce Committee, where the climate bill will be first considered. Gonzalez was a no vote when committee chair Henry Waxman was stalking supporters back in the darkest days of the Bush era, but things have changed. Waxman’s next climate bill is expected to hit committee by Memorial Day. We wouldn’t be upset with you if you placed a few encouraging calls to Gonzalez. We just happen to have his number right here: (202) 225-3236.

SNAP, the Survivors Network of those Abused by Priests, has been stepping up its efforts to expose what it says is a Texas pattern of coddling credibly accused sex offenders. Last week, the local chapter attempted to hand-deliver a letter of complaint to San Antonio Catholic Archbishop José Gomez urging him to explain why two accused sex offenders are in his archdiocese and disclose the names and whereabouts of any other alleged child-molesting clergymen in the area.

“What `the Church` will tell you is that some of the 20 have been moved and no longer work in San Antonio,” said Garcia Boehland. “Well why aren’t they in jail or being tracked?”

Deacon Pat Rodgers, communications director for the Archdiocese of San Antonio, says the 20-odd names are a historical list of all “credible” allegations since 1950 that the Church compiled as part of national research directed by the United States Conference of Catholic Bishops. “None of them are in the ministry,” said Rodgers.

SNAP has asked the archdiocese to take further action in two specific cases. Brother Richard Suttle, who was ousted last year from an Arizona elementary school, now lives at the Immaculate Heart of Mary Catholic Church in downtown San Antonio. And long-time St. Mary’s University professor Father Charles Miller was suspended last year for molesting a teenaged girl in San Antonio in 1980, yet received a transfer of sorts to Rome.

Rodgers says that Miller and Suttle are under the jurisdictions of their orders, with no current connection to the San Antonio Archdiocese.

But SNAP says that Gomez and Rodgers are “splitting hairs.” Garcia-Boehland argues that Catholic canon law holds that each bishop is responsible for the well-being of every Catholic in his diocese, and she questions why Gomez didn’t make the matters public record once he knew the allegations were credible. “It’s just very scary that these people are allowed to run around here in Texas.”

“Where there’s a will” dept. 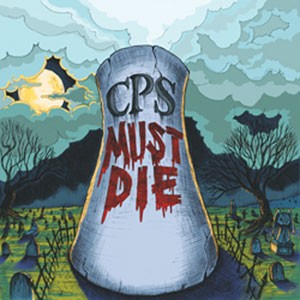 Under President Bush II, they wrote, the plan was as “ill conceived as it was void of any meaningful input from the local communities or the Border Patrol Sector Chiefs who are most familiar with the challenges of securing our border.

“In an era of advanced technologies, the border fence is an antiquated structure that has torn our communities apart and damaged our cross border relationships.”

As Napolitano gets caught up on her reading, reality is already laying predecessor Michael Chertoff’s hastily made plans to waste. Customs and Border Protection says smugglers have become desperate and are digging more underground tunnels — at least nine since last October; 13 in the previous fiscal year — forcing engineers to plan down as well as up. In Arizona, construction crews have just finished a 12-foot-deep wall adjacent to the DeConcini Port of Entry. And in the small community of Granjeno in Hidalgo County, the AP reports that the elevated levy that doubles as a border wall has had little to no impact on illegal foot traffic.

Days after Obama’s inauguration, Homeland started trying to make nice with some of its fiercest critics by offering $50 million to compensate for the environmental damages wrought by the border wall and disturbance to “cultural areas like American Indian religious sites.”

“That compensation could include modifying the fence to curb flooding and to accommodate threatened and endangered species or restoring their habitats,” reported the New York Times, “but officials have not worked out those details and it will vary depending on the area.

But now, the failures of prohibition have Mexico on fire and Perry calling for federal troops back on the border. The Guv’s memory seems to have an unfortunate auto-delete function: It’s been only 12 years since U.S. Marines shot and killed high-school student Esequiel Hernandez Jr. outside of Redford, Texas. •