Last week’s City Council session provided the latest example of Mayor Hardberger’s impatience with the niceties of open, representative government. With three all-important SAWS Board positions opening up (for four-year terms), the better approach would have been to encourage applications, allow the Council to interview all serious candidates, and provide some public forums for discussion.

But the City’s website provided no notice of an application process. Local environmentalist and water authority Jerry Morrisey says he checked the site repeatedly over the last few months and even contacted City Clerk Leticia Vacek about applying for a SAWS board position, but the City kept him in the dark. Early last week, Morrisey learned that a decision had already been made: Hardberger had chosen three candidates — Chris Martinez, Bob Leonard, and outgoing District 9 Councilman Louis Rowe (whom it’s hard not to imagine is getting a consolation prize after he was essentially dumped by the establishment in favor of Elisa Chan). On April 8 the Mayor sent Vacek an interdepartmental memo with supporting signatures from seven councilmembers. Incredibly, Rowe, who is in line for the Northeast Quadrant position, dutifully signed on in support of Martinez for the Southwest Quadrant.

When Hardberger’s procedural end-run showed up on the Council agenda, it swiftly drew criticism from water activists such as Elyzabeth Earnley, technical research director for Aquifer Guardians in Urban Areas, and Annalisa Peace, executive director for the Greater Edwards Aquifer Alliance. Earnley, Peace, and others appeared at the April 16 Council session to speak on behalf of Morrisey, and some of his supporters even relinquished their speaking time so that Morrisey could get a full opportunity to make his case. As he later noted in an interview with the Current, this might be the closest he gets to receiving a job interview for the SAWS Board.

With characteristic deftness, Hardberger sensed the political temperature of the room and urged Council to put the matter on hold for three weeks. He complimented Morrisey and his backers, and said no issue was more personally important to him than water. When Council irritant Jack Finger asked what the process had been for the SAWS Board selections, Hardberger responded: “The procedure, for the record, is that the Council selects.”

Of course, when Hardberger preemptively whittles the applicants down to three and then tells the Council to rubber-stamp those three choices, it’s a bit disingenuous to say “the Council selects.” Nonetheless, Hardberger’s willingess to postpone a final decision and consider additional candidates had most of the councilmembers lauding him for his “leadership.” 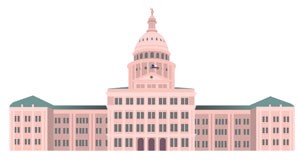 Thanks to an unfamiliar whiff of bipartisanship that Pink Dome residents are crediting variously to new House Speaker Joe Straus, the less-decisive R/D balance, and lingering Obamanos fever, foes of Planned Parenthood failed to cut the repro-rights organization out of its share of family-planning funds during the House’s marathon budget session Friday. Those rider amendments could rear their bigoted heads again in the budget Conference Committee, so keep your eye on QueBlog.

What QueQue found most disturbing, though, was last week’s allegations that our local Planned Parenthood affiliate was operating abortion clinics without a license — allegations shouted loudly from the Capitol steps just days ahead of the budget endgame by members of the Texas Conservative Coalition.

There was, of course, a backstory that didn’t make the local daily. In 2004, the director of the licensing division at the Texas Department of State Health Services told the San Antonio-based South Central Texas Planned Parenthood chapter it did not need separate abortion licenses for four clinics where it planned to dispense the abortifacient mifepristone, but not provide in-clinic abortion services. Planned Parenthood operated those four clinics under that directive until this winter, when proposed regulations alerted President and CEO Jeffrey Hons that somewhere along the line the rules had changed, and they quickly applied for four licenses for those clinics.

The applications were received by TDSHS on Friday, March 13, according to department spokesman Doug McBride. The following Monday, the department received a letter from the Texas Conservative Coalition (whose board members include right-wingers in good standing Rep. Phil King, Rep. Geanie Morrison, and Rep. Warren Chisum) asking it to investigate Planned Parenthood facilities that “perform elective abortions, although the facilities are not included on a recent list of abortion facilities.”

Mind you, PP’s applications might be in the public domain (we’ve put in a request for them, and are awaiting a reply), but they weren’t publicly posted between their arrival at TDSHS and Monday’s letter, and it doesn’t seem unduly paranoid to assume that Hons is right when he says, “I think what goes on in Texas, is that `someone is` under instruction to send word to these right-wing lawmakers.”

McBride was unable to tell the Current exactly when the rules regarding licensing of mifepristone-only clinics came into being, although, he assured us, they’ve been in place a long time (prompting Hons to respond, ‘That’s like asking DPS how you get a driver’s license, and they say, we don’t know, but people get them every day’). Hons says his organization was never told by TDSHS that they were out of compliance, and during this same time period Planned Parenthood SCTX received glowing annual Quality Assurance reports from the state’s independent auditor.

Scared, perhaps, of the trouble that the Chisum-King-Morrision trifecta could make for it (we’re just speculating here), TDSHS is trying to hide behind Planned Parenthood’s skirts. TDSHS Commissioner David Lakey sent a letter to the Texas Conservative Coalition April 6 that says, “As a result of your inquiry we are investigating services provided at several facilities,” and promises that the four mife-only clinics have been issued cease-and-desist orders. He never mentions that Planned Parenthood had initiated license applications before TCC’s “inquiry” or that the organization may have received mixed signals from his department. Or that Planned Parenthood has a copy of a transcript of that 2004 phone call, in which the licensing director clearly says that their mife-only clinics do not need their own abortion licenses. (Read it for yourself on QueBlog.)

TDSHS’s willingness to kowtow and funnel information to lawmakers with an anti-abortion agenda could have ramifications far beyond Planned Parenthood. As the QueQue’s deadline looms, the House State Affairs Committee is scheduled to take up Representative Morrison’s abortion-reporting bill, which is unnervingly prurient in the amount of detailed information it would require physicians to collect and submit: patients’ reasons (in technicolor detail) for seeking an abortion, who referred them, plus age, race or ethnicity, marital status, and city, county, state, and nation of residence. Although the proposed law states that the records submitted to the state must in no way identify patients, critics say that in small towns and counties, even the general information that would be part of required annual state reports could be enough to fuel accurate guessing — especially when it comes to minors who receive judicial waivers and the judges who provide them.

Morrison’s bill would also require physicians to have each abortion patient sign a form declaring that she isn’t being coerced, and those forms must also be submitted to the state by mail. Based on the proposed language, QueQue’s unconvinced that that paperwork, stored at the state, would conceal patients’ identities. Or, based on this past month’s abortion-license shenanigans, that what gets sent to the state’s vaults would stay there.

[image-4] Take back the tap

Critics of nuclear power often refer to it as the most expensive way known to boil water, and the two nuclear reactors CPS Energy wants to add to the South Texas Project’s existing pair would likely cost $17 billion or more. Cash ain’t the half of it, though.

Other nuclear-power hopefuls have turned in applications for reactors near Fort Worth and Victoria, but to get all those plants up and running will require huge amounts of water from the state. Cooling the superheated water used to create electricity can take hundreds of thousands of gallons of water per minute. According to the Sustainable Energy & Economic Development Coalition, which is fighting the expansion of nuclear power in the state, the plants proposed at Comanche Peak in North Texas would require104,000 acre feet per year, or 33.8 billion gallons.

You know what kind of trouble those numbers could cause at public hearings. And so do nuclear’s proponents in the lege. Canton-based Representative Dan Flynn filed a bill this session to fast-track the water permitting process that would require TCEQ to create a “reasonably streamlined processes” to move those applications along. One key way to move a controversial permit is to route it around the State Office of Administrative Hearings and those meddlesome public airings.

Sec. 5.559.  NUCLEAR ELECTRIC GENERATION FACILITY PERMITTING.  (a) The commission by rule shall implement reasonably streamlined processes for acting on an application for a permit, permit amendment, or permit renewal under Chapter 26 for a nuclear electric generation facility.

(b)  Notwithstanding Section 26.021 or any other law, the commission may not refer any matter before the commission relating to an application for a permit, permit amendment, or permit renewal described by Subsection (a) to the State Office of Administrative Hearings.

(c)  The permit processes authorized by this section must provide for acting on an application for a permit, permit amendment, or permit renewal not later than the first anniversary of the date the executive director determines the application to be administratively complete.

So not only are we setting Texas up to potentially hand over vast amounts of water during one of the most stunning droughts on record, Flynn’s bill goes out of its way to keep debate off the table. Ironically, the bill is scheduled to be heard by the Texas House Environmental Regulation Committee on Earth Day (this Wednesday).

Ah, water. It seems only last year there wasn’t enough of the stuff around to cool the nuclear plants in several Southeastern states, and the previous summer at least one Alabama reactor had to take an unscheduled furlough.

In 2006, nuke plants across Europe shut down during a punishing heat wave that also took thousands of lives.

“The European heatwave has forced nuclear power plants to reduce or halt production,” reported the UK Observer at the time. “The weather, blamed for deaths and disruption across much of the continent, has caused dramatic rises in the temperature of rivers used to cool the reactors, raising fears of mass deaths for fish and other wildlife.”

The paper also reported that plants in Germany and France were allowed to discharge hot water into rivers to avoid power failures, and France was forced to import power to keep up with demand.