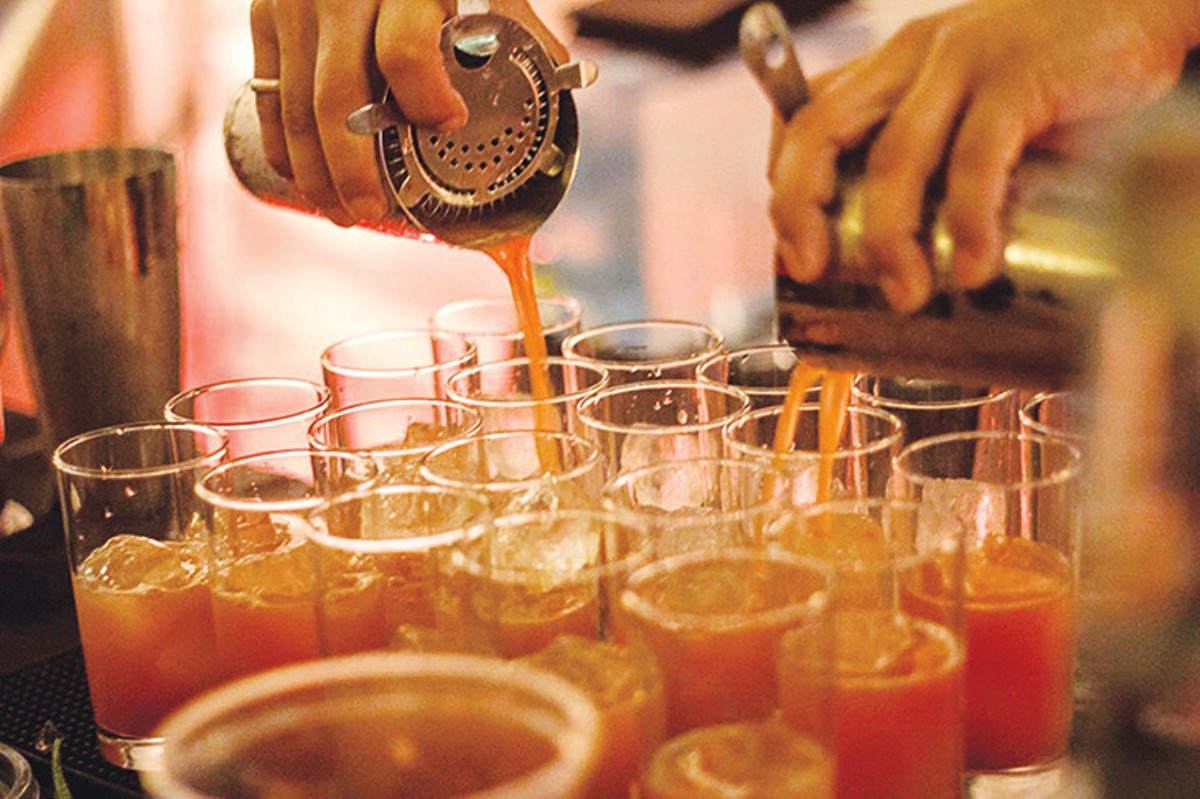 The San Antonio Cocktail Conference — cocktail lovers can't wait for it, and newbies need several lessons in not overdoing it. Whichever camp you may be in, you're probably not ready for what's slated for the fifth annual celebration of all things shaken, stirred or served neat.

The conference officially runs from January 14 through 17, but the imbibing starts far sooner with intimate, spirit-centric dinners (Lüke San Antonio, Shuck Shack, Bohanan's, Citrus, Ruth's Chris Steak House, Mixtli, Cured, Folc, Market On Houston and Il Sogno Osteria are all hosting brand ambassadors) for evenings of 'tails and tales. The bourbon-fueled kick-off at Two Bros. BBQ Market is back on Tuesday for fans of 'cue and whiskey, but they event will face some competition.

The return of Speed Rack, an all-female bartender competition that seeks the most agile and competent shakers around (for those not in the know, the last three Speed Rack winners from Texas — Paramour's Karah Carmack, Barbaro's Elisabeth Forsythe and Esquire Tavern's Zulcoralis Rodriguez have hailed from our fair city) returns to San Antonio on Tuesday at the St. Anthony Hotel will likely draw a crowd. The high-energy tournament is technically not part of the conference, but definitely worth attending if you're a fan of empowered babes mixing four classic cocktails in less than two minutes time.

Women Shaking It Up, a new event for 2016 at Arneson River Theater at La Villita will feature the screening of the Women of the Tin, a Kindform film, produced by Jeret Peña that highlights local females in the industry. After the screening, the night will feature food and drink from the female chefs and bartenders. Because #girlbosses are a thing, and it's fuckin' awesome.

A major change to this year's party lineup is the price decrease for Thursday'sOpening Night at the Majestic, the swanky and swinging soiree is now $85 (it was the priciest ticket last year). This is the ticket for party-goers who want to throw on their glitziest garb, and hobnob under the gaze of the white peacock while trying dozens of cocktails on the Majestic's stage and lobbies.

My favorite event by far was Friday night's Waldorf on the Prairie inside the St. Anthony, which occupied a large footprint of this glamorous (and newly renovated) hotel. At $120 per person, the event brings together eclectic chefs and cuisines from across the region, and of course, all the cocktails you can drink. Side note: Uber and Lyft are back in action. Don't be a dummy — leave your car at home.

Those looking to dip their toe into cool cocktail waters will want to visit this year's revamped Tasting Suites inside the Hotel Valencia and Frost Building. A highlight of last year's conference, the tasting room will feature multiple suites with "thoughtfully organized" spirits and brands. For $45, visitors can pick up swag from their favorite brand, and check out trends for the next few years from noon to 4 p.m. The suites come in as the most relaxed event outside of the Friendly Beer Break, which takes place concurrently from 2 to 4 p.m. at The Friendly Spot (943 S. Alamo St.).

Saturday night's Stroll on Houston — this cedar fever sufferer's nightmare — will feature a larger perimeter in addition to the bookend parties at Bohanan's Restaurant & Bar and Lüke San Antonio. Andrew Weissman's Sip will open for the night, and an Irish pub will pop-up in the empty space next door, while the IBC Plaza, Sheraton Gunter Hotel and Hotel Valencia join the festivities. It'll be worth the multiple pumps of Flonase.

I can't say I've ever made it to the day-after brunch — the collective hangover by day 4 usually keeps me in bed until mid-afternoon. But this year's "Hair of the Dog That Bit Ya'" brunch will mirror the format of Houston Street Charities' previous picnic events in blocking off Houston Street between Navarro & St. Mary's. If you're skipping out on the other parties and prefer to booze during the day, the Sunday morning event (11:30 a.m. to 2 p.m.) will include a mimosa and michelada bar, live music and brunch baskets available for pre-order from Market on Houston.

Here's to more booze, babes, brunches and bigger parties in 2016.