There’s plenty to celebrate on the Old 97's 20th birthday 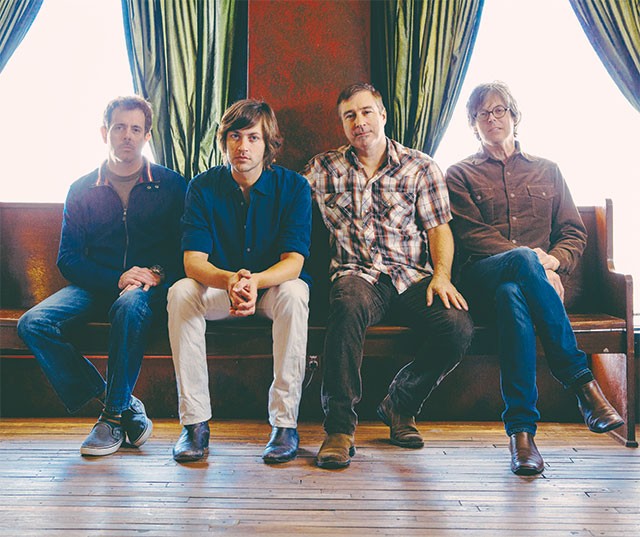 Back in the 1990s, when major labels would still propose multi-album deals to relative unknowns, Rhett Miller and the Old 97's sat in the offices of Elektra Records.

As it turns out, Elektra would only release three albums from the Dallas-bred act before dropping the poppy alt-country group due to a parent company merger (Time Warner and AOL, how’s that workin’ out for ya?) in the early aughts. Yet, like Miller said, the Old 97's are still here, all four original members, 20 years after their 1994 indie debut, Hitchhike to Rhome. On April 29, that tenth record, Most Messed Up, will drop.

The Old 97's aren’t shy about their longevity either, as evidenced by Most Messed Up’s five-minute-and-53-second-long opening opus “Longer Than You’ve Been Alive.” The song chronicles the band’s career living life on the road (“Most of our shows were a triumph of rock/although some nights I might have been checking the clock”) and methodically builds from pretty, acoustic restraint to balls-out, country-fried rock, packing in both Miller’s sly one-liners (“love is a marathon/sometimes you puke”) and a hearty, sing-along refrain (“Rock ‘n’ roll’s been very, very good to me/the open road’s the only place I wanna be”). It’s like a CliffsNotes version of the Old 97's impeccable yet genre-resistant style.

But a tune like that can seem like a fare-thee-well—“It’s been 20 good years, and so long, folks” kind of jam. A swan song, if you will.

Miller nearly choked when he heard that interpretation. “Oh god,” he laughed. “I wouldn’t say it’s a swan song, ‘cause that would mean we were done. But maybe it’s a return to our sorta rawer, more rocking roots,” he said. “I would imagine a swan song would be very quiet and depressing and this is not that.”

No, it isn’t. Raucous and never stale, Most Messed Up recalls the days of the young 97's circa Wreck Your Life and Too Far to Care, when the band fused honky-tonk influence with punk energy, versus the group’s subsequent multi-album exploration of pop hooks and honeyed vocals (for a full review, check sacurrent.com next week). “I guess it does serve as something of a bookend, this album, to … Too Far to Care, which sort of laments the loss of one’s young life, and now this is sort of a celebration of a whole life in music,” said Miller.

Part of the media’s Old 97's arc is how the band, while putting out many consistently critically acclaimed albums, failed to achieve mega-fame. But a touring band that good that lasts 20 goddamned years with no sign of stopping certainly seems to be doing something right. The key may lie in a lyric from Jon Langford’s “Over the Cliff,” which the 97's memorably covered on their second album: “Success on someone else’s terms don’t mean a fucking thing.” Thankfully, that maxim’s lasted 20 years, too.