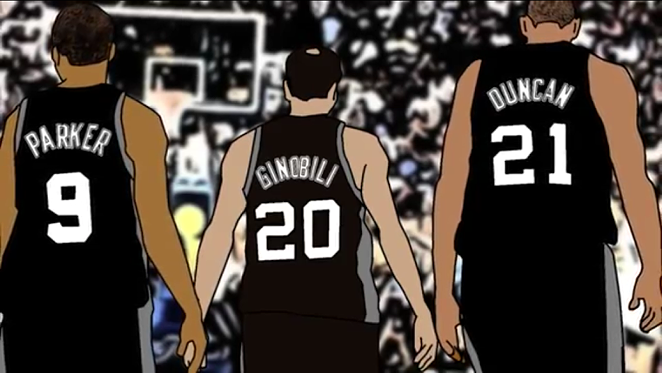 Youtube
From Spurs Special Forces, a new cartoon from Matt Hill
“You can borrow my fighting ability!” “My determination!” “And my keen sense of justice!”

So chimes the Big Three, or rather an elite squad of crime fighters known only as Secret People Undercover (as) Rad Sportsplayers.

This first episode of Spurs Special Forces pits Duncan, Parker and Ginobili against a mysterious kidnapper at large in San Anto. Absurdity ensues.

As of yesterday, this delightfully irreverent take on Alamo City’s favorite basketball team is the latest creation from Matt Hill, an animator associated with the clever artists over at Ballerball.com.

With the spotlight on our team’s eclectic personalities, this series has us anxiously waiting for the boys’ next adventure.

Check out the show’s first installation below.